The WAGER Vol. 11(10) - What about the Youth? Revisiting Suicidality and Gambling

Feigelman et al. used data from The National Longitudinal Survey of Adolescent Health. This survey included three waves. The investigators conducted the first wave between April and December 1995 with 18,910 children enrolled in grades 7 through 12. The second wave followed up a year later with 13,570 participants from the first wave. The third wave occurred six years after the second wave with 14,322 of the original participants. The participation rate was 80 % for Wave 1, 72 % for Wave 2, and 75% for Wave 3. In addition to multiple demographic and psychosocial variables, the participants completed two items about suicidality (i.e., “During the past 12 months have you ever seriously thought about committing suicide?” and “During the past 12 months how many times have you actually attempted suicide?”). 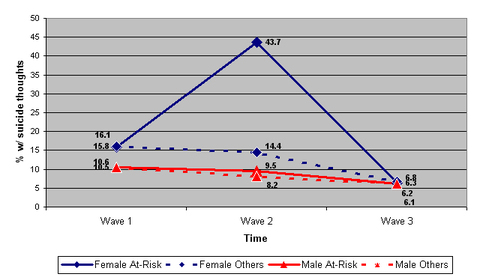 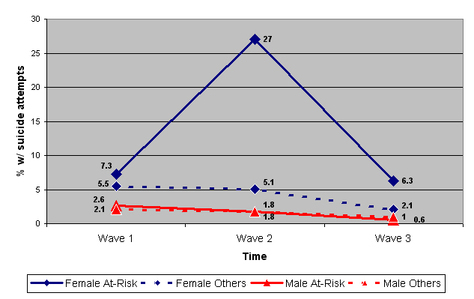 There are three salient limitations associated with this study. One limitation of this study is that the researchers only assessed the lifetime gambling measure during Wave 3. Participants might not have remembered accurately their past gambling behavior. Assessing gambling at a single time point makes it impossible to determine precisely how gambling and suicidality relate (i.e., whether one precedes or causes the other). Another limitation is that the investigators used a gambling measure based on only partial DSM-IV criteria. This limits their ability to compare their assessment of gambling disorder to other studies. Finally, as the authors noted, 96 participants died during the course of the study, but the cause of death was not available. It is possible that some of these missing cases represented successful suicide attempts. Thus, it is important to consider if these suicides were gambling related and or if other factors played a role.

Contrary to conventional wisdom, the current study found that gambling problems in general is not significantly related to suicidality among adolescents. However, the researchers did find a significant relationship between Wave 2 suicidality and lifetime gambling measured at wave 3 for female participants compared to the other groups. These results suggest that females who are suicidal might be more at risk for lifetime gambling problems; however, females with gambling problems are not at an increased risk for suicide. Future research needs to examine these discrepancies when examining the relationship between at-risk for gambling problems and suicidality across time; future studies also need to identify factors such as age that might influence this relationship. These findings can then better help both suicide intervention programs and gambling treatment programs to determine and help those most vulnerable to this potentially deadly interaction.

Posted at 05:02 PM in The Worldwide Addiction Gambling Education Report (The WAGER) | Permalink