Anyone, including children, with online access and limited computer skills can enter input and receive output via the Internet. Security is a major concern of parents and lawmakers seeking to protect children from pornography, pedophiles, alcohol and tobacco, which are all present within a sovereign Internet nation. Since the 1990’s and the birth of stricter tobacco legislation, it has become more difficult for minors to purchase cigarettes from convenience stores and other tobacco vendors. However, with a new generation of technology-savvy minors, this legislation stands to be undermined by Internet tobacco sales. This week’s ASHES will focus on the sale... Read more →

The theme of the 2006 Institute for Research on Pathological Gambling and Related Disorders annual conference on gambling addiction was Lost in Translation? The Challenge of Turning Good Research into Best Practice. During the next few weeks, The BASIS is pleased to present a series of editorials from some of the faculty members of that conference. In this week's editorial, Dr. Bo Bernhard discusses unintended consequences of problem gambling policy. Bo Jason Bernhard, Ph.D. Assistant Professor of Sociology and Hotel Management, UNLV Director, Gambling Research at UNLV’s International Gaming Institute Faculty, The 2006 Institute for Research on Pathological Gambling and... Read more → 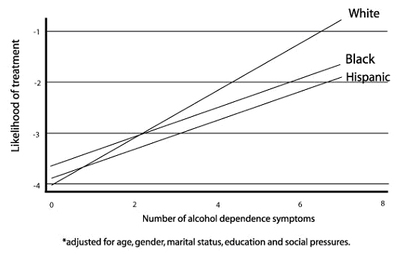 Researchers and federal institutes have indicated the need to attend to disparities in minority access to healthcare services (Ibrahim, Thomas, & Fine, 2003; National Institute on Alcohol Abuse and Alcoholism, 2001). Recent studies show that, although rates of alcohol problems and dependence among Whites have remained fairly stable or declined, such rates have increased among America’s largest minority groups (Grant et al., 2004). This is very important because current projections anticipate substantial growth in the minority population (Bergman, 2004; Cheeseman Day, 2001)1. Thus, an increasingly large portion of the population might have inadequate healthcare. This week’s DRAM reviews research about... Read more → 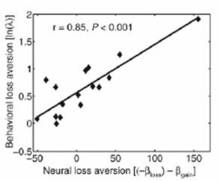 Think about your friend offering you a bet over lunch. You have an equal chance of winning or losing. If you lose, you have to give him the candy bar you brought for dessert; if you win, he has to give you his dessert. How much better would his dessert have to be for you to make the wager? Better than your dessert, right? In fact, prospect theorists claim that when faced with a 50/50 chance of losing an amount of money or gaining some other amount, the potential gain has to be twice as much as the potential loss... Read more →