Russia is famous for ballet, Romanovs, Dostoevsky, and communism among many other things. Many people think Russian vodka is the best in the world.  However, this particular cultural strength also might be associated with a high rate of alcoholism and alcohol-related deaths. For example, research indicates that nearly half of all deaths among men 25-54 in an average Russian city were related to hazardous drinking behavior (Leon et al., 2007). This week’s Addiction and the Humanities examines a related phenomenon: surrogate alcohol consumption in Russia (McKee et al., 2005).

In Russia, the consumption of surrogate alcohols (i.e., products not sold legally for consumption), such as medicinal compounds, samogon (i.e., home-produced spirits), and aftershave is somewhat common. One study indicated that the prevalence of past year surrogate alcohol consumption in an average Russian city was 7.3% (McKee et al., 2005). Among the most common surrogates are aftershave, lighter fluid, samogon, and medicine. Many surrogates contain a lethal ethanol content, which if watered down produces more for your ruble; but, if ingested undiluted, these substances can be very harmful.  In addition, home-made spirits contain unhealthy levels of toxic alcohols whose effects are not known. 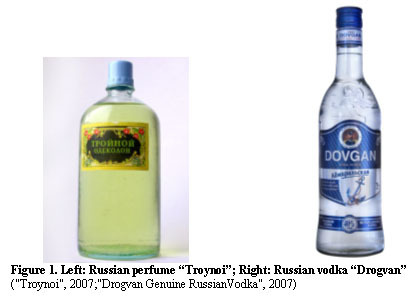 People might consume surrogate alcohol for a variety of reasons. Researchers (McKee et al., 2005) suggest that one reason some Russians might do so is because of regional packaging. In Russia, surrogate alcohol often comes in 250-ml bottles that look similar to bottles used for beverage alcohol. In the West, similar products typically are available only in 30- or 50-ml bottles (McKee et al., 2005).  The surrogate products do not face administrative scrutiny or alcohol taxation rates; however, their large containers suggest that they might be marketed for consumption (McKee et al., 2005).  This hypothesis makes sense; however, it is necessary to test this hypothesis using empirical methods. One way to do this might be to compare packaging and surrogate alcohol consumption in several countries. However, confounding variables, such as cultural and individual differences as well as marketing intentions, could make it very difficult to establish causality.

There is scant research related to this topic, despite the need for empirical examination.  For example, it is not clear whether surrogate consumption rates in Russia are higher than those of other countries or if they indicate typical rates found across cultures. Cheaper cost and unregulated alcohol content, along with their colorful containers, might make surrogate alcohol use appealing. Future research should examine the relative contribution of each of these factors to the decision to consume surrogate alcohol. Additional research and increased public health awareness can help uncover the extent of surrogate alcohol use in Russia and the dangers that societal customs might unintentionally support.

What do you think? Comments can be addressed to Erinn Walsh.

Posted at 10:37 AM in Addiction & the Humanities | Permalink