Growing up, many people think of Halloween as a time for costumes and candy. Birthdays provide a reason to have cake and receive presents. Thanksgiving is a chance to see family and watch football. But research suggests that college students view holidays in a more limited way: as opportunities to engage in heavy drinking. This week’s Addiction and the Humanities examines college students’ celebratory drinking habits.

When surveyed, college students report “special events” as one of the principal reasons for drinking (Klein, 1992), and “fun and celebration” as the essential motive for playing drinking games (Johnson, Hamilton, & Sheets, 1999). These studies also found that those who endorsed the “fun and celebration” rationale drank greater quantities of alcohol and viewed drinking as a way to have fun. These attitudes might contribute to binge drinking and other serious abuses of alcohol.

To measure the alcoholiday effect (i.e., holidays and celebrations that center on alcohol) without relying on self-reported consumption, which might bias the results, Glindemann, Wiegand, and Geller (2007) performed three similar studies comparing students’ blood alcohol concentrations (BACs) during holiday celebrations and ordinary weeknights. In the first study, for five consecutive Thursdays, the fourth Thursday being Halloween 2002, research assistants in different sections of downtown Blacksburg, Virginia, executed brief surveys. Using handheld breathalyzers, they measured pedestrians’ BACs, 87.8% of whom were students. Research assistants followed the same procedures around St. Patrick’s Day in 2003 (Study 2) and 2005 (Study 3), during which 84.5% and 92.7% of pedestrians were students. 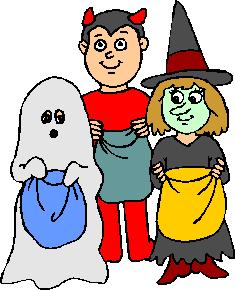 Glindemann, Wiegand and Geller’s (2007) findings are similar to the results of a study conducted earlier by Miller, Jasper and Hill (1993). The 1993 study not only found a significant association between dressing in costume and alcohol consumption, but also revealed that 85% of participants who were involved in Halloween activities, regardless of costume wearing, had used alcohol. These studies provide important insight into circumstances that are associated with risky drinking behavior by students on college campuses.

The studies are limited, however, because the participants are from a specific and narrow segment of the population. Moreover, those who agreed to participate might represent only a segment of the original sample, biasing the results. Future research should expand upon these studies by examining the effects of different holidays (e.g., July 4th, New Year’s Eve) and the potential moderating effects of geographic locations on celebratory drinking patterns. Better understanding of the alcoholiday phenomenon could lead to better prevention and intervention programs.

Posted at 02:46 PM in Addiction & the Humanities | Permalink