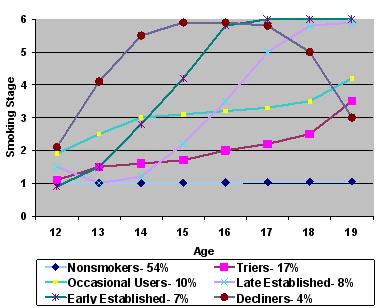 Conclusion
The researchers explored smoking-related factors and how this impacted smoking trajectory throughout adolescence. The investigators identified specific adolescent smoking trajectories. These patterns illustrate that teen smokers do not always follow a pattern of increasing tobacco use. This study shows that smoking patterns change often throughout adolescent years. Based on this research, prevention specialists need to design programs for specific trajectories.

What do you think?  Comments can be addressed to Tasha Chandler.