« The DRAM, Vol. 5(3) - College Women Trying to Drink Men under the Table: The Effects of Reflective Norms | Main | Op-Ed/Editorials - Gambling and the Law®: Don't Finish This Book »

ASHES, Vol. 5(3) - The No-Nicotine Blues: Investigating Why Some Smokers Feel Depressed While Trying to Quit.

Recent research has identified a correlation between nicotine withdrawal and depression. Scientists suggest that this association is related to changes in the function of serotonin transporter proteins, known to play a role in regulating mood, during periods of nicotine abstinence.  This week’s ASHES reviews an animal study investigating both the biological mechanisms underlying the appearance of depressive signs, and a potential treatment (Semba & Wakuta, 2008).

Figure 1: Expression of serotonin transporter mRNA in the dorsal raphe nucleus of male rats--both after twelve days of either saline or nicotine treatment, and after two days withdrawal from treatment (Adapted from Semba & Wakuta, 2008). 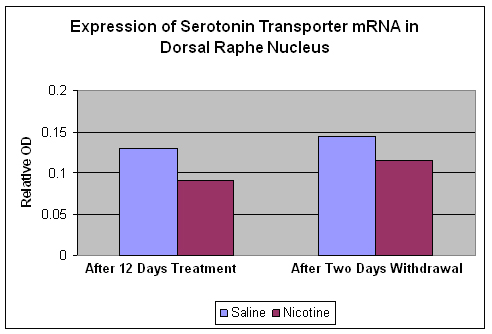 Figure 2: Effects of Bupropion on expression of serotonin transporter mRNA in the dorsal raphe nucleus of male rats (Adapted from Semba & Wakuta, 2008). 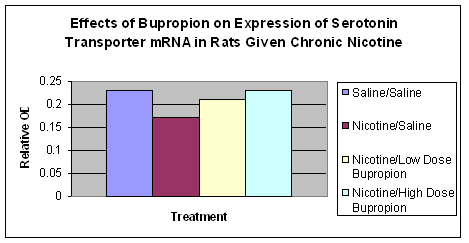 Conclusions
Chronic exposure to nicotine can reduce the amount of serotonin transporter protein coding mRNA present in the dorsal raphe nuclei of rats. This reduction might underlie the feelings of depression that humans sometimes report while trying to abstain from smoking, making it very difficult for them to stop using products containing nicotine. Co-administration of Bupropion appears to help relieve this circumstance, and might be a useful tool to help smokers quit.

So this is the study. Just continue it. What if all of the researchers join together? Faster result and forceful.

The findings provide the explanation of the biological mechanisms underlying the connection between depression and nicotine deprivation. No doubt similar mechanisms cause the anxiety, attention deficits, and memory problems linked to smoking cessation. It is long past time to consider permanent nicotine maintenance as a treatment for those with permanent cognitive and mood impairments. Current NRT products, aimed at weaning the user from nicotine, are too weak to provide therapeutic doses for most people. The electronic cigarette holds promise as a way to deliver vaporized nicotine without the harmful tar, carbon monixide, and multitude of toxins and carcinogens found in tobacco smoke.

Serotonin levels undoubtedly make nicotine withdrawal difficult, however I believe that low sugar levels are responsible for the difficulty experienced in quitting smoking