A number of studies (Carlton & Manowitz, 1992; Carlton et al., 1987; Rugle & Melamed, 1993) have shown an association between symptoms of Attention Deficit Hyperactivity Disorder (ADHD) in childhood and pathological gambling behavior during adulthood.  The majority of these studies have retrospective designs, and examine past ADHD symptoms after the development of pathological gambling behavior. These study designs are susceptible to considerable recall bias and leave the causal relationship between ADHD and problem gambling unclear. This week’s WAGER reviews a prospective study (Breyer et al., 2009), which attempts to illuminate the relationship between persistent ADHD and gambling behaviors from childhood through young adulthood . 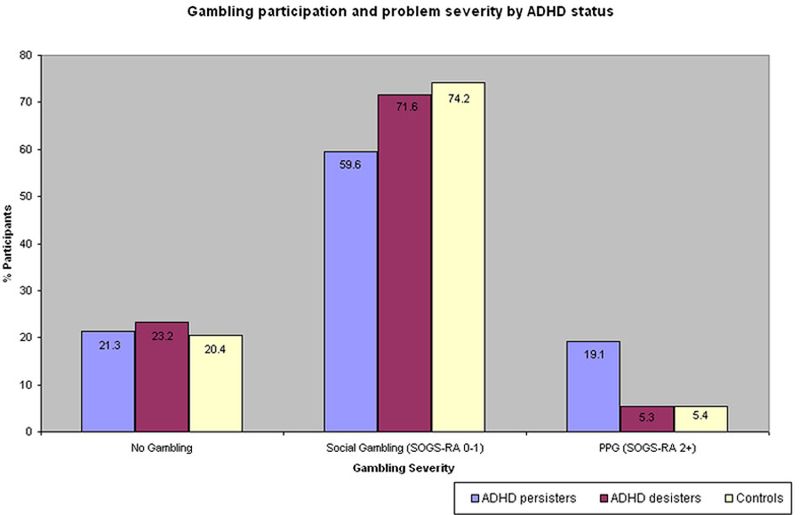 - Erica Marshall
What do you think?  Please use the comment link below to provide feedback on this article.