« The DRAM, Vol. 5(10) – New data for an old debate: Does moderate alcohol intake really lower the risk of adverse health outcomes? | Main | Op-Ed/Editorials - Gambling and the Law®: Read Those T&Cs »

There are a variety of treatments used to encourage smokers to stop smoking. However, despite the treatment options, many smokers still struggle to quit (Center for Disease Control and Prevention, 1999). Perhaps smoking cessation treatment could benefit by expanding the variety of treatments available; a particularly novel intervention is Virtual Reality (VR) treatment (Baumann & Sayette, 2006; Carter, Bordnick, Traylor, Day, & Paris, 2008). This week the ASHES reviews a study of the benefits of VR in combination with psychosocial treatment to reduce cigarette smoking (Girard, Turcotte, Bouchard, & Girard, 2009). 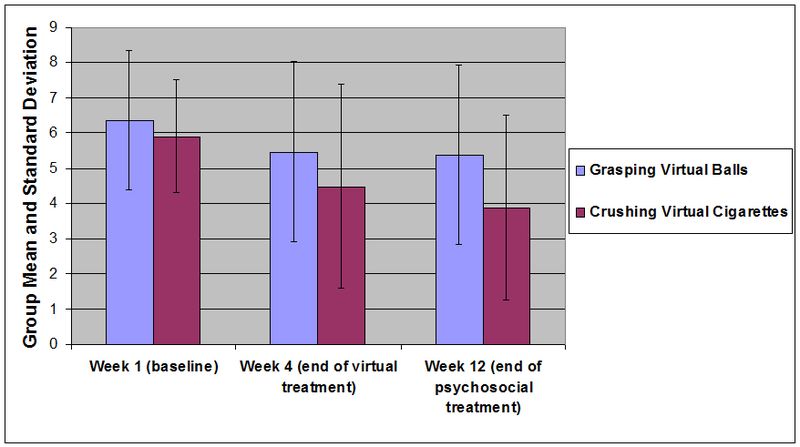