« ASHES, Vol. 6(4) - Even better than the real thing? Electronic cigarettes vs. real cigarettes | Main | STASH, Vol. 6(4) – Taking the Good with the Bad: The Role of Psychiatric Distress in Substance Abuse Treatment Seeking »

Addiction & the Humanities, Vol. 6(4) - A diary of morphine-addiction

Although evidence suggests that that natural history of addiction is similar across people and expressions of addiction (Shaffer et al., 2004), personal stories about the development of addiction remain compelling and informative. This week’s Addiction and the Humanities presents annotated excerpts from an intensely gripping story about the gradual metamorphosis of the psychological state, thoughts, and emotions of a physician who became addicted to morphine. The fictional story,Morphine, is based on the real experiences of the author, a famous Russian writer Michael Bulgakov*, who became morphine addicted early in his life.

Background: The story is set in , during January 1917. This is a period involving the Russian Revolution and the First World War. The protagonist, a young doctor Polyakov, not being eligible for active military service after graduation from a medical school in , is beginning an assignment to practice medicine in a remote country village. Below we present annotated excerpts from his diary, as described in, Morphine. The excerpts are unmodified quotes from the book; we give the annotations in italic. 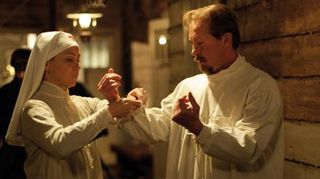 Social isolation could have protective or risk-related implications for addiction. Here, social isolation does not appear to provide protection from exposure to potential objects of addiction and leaves the person with no social support. The diary portraits a lonely and distressed person.

Feb. 15.  Last night an interesting thing happened. I was just going to bed, when I suddenly felt pain in the region of my stomach. And what pain! Groaning, I reached the kitchen, and called Anna K., the nurse. She came to my room and had to give me a morphine injection. <…> I must give due praise to the man who first extracted morphine from poppyheads. The pain stopped seven minutes after the injection. It would be a good thing if a doctor were able to test many more drugs on himself. He would then have a completely different understanding of their effect. After the injection I slept soundly and well for the first time in months – and I forgot completely about the woman who deceived me.

The first experience of morphine injection is extremely rewarding. It relieves not only physical pain, but also emotional distress.

Feb 16. I am alone in my quarters. Fearing a recurrence of yesterday’s pain attack, I injected myself in the thigh with .01 gram. The pain cease almost instantaneously. A good thing Anna K. left the phial behind.

Being alone, previous rewarding experience and availability of drug - all become factors in the addiction progress.

Feb 18. Four injections. No harm in that.

Tolerance is evident as he increases the dose to reach the same effect previously obtained at a lower dose.

Morphine injection “protects” against condemnation of other people. The character feels pride rather than shame.

For the first minute there is a sensation of being touched on my neck. The touch grows warmer and spreads. In the second minute there is a sudden surge of cold in the pit of my stomach, after which I start to think with unusual clarity and experience a burst of mental energy. If I had not been spoiled by my medical training, I would say that a man can only work normally after an injection of morphine. <…> Anna K. is frightened. Calmed her, saying that since childhood I have been remarkable for having tremendous will power.

Exposure to morphine can produce extremely rewarding psychological states that are accompanied by misleading feelings of self-confidence. Medical training and knowledge about consequences are not enough to protect the person from continuing morphine use.

March 2 I shall go to bed very early <…> And my sleep will be sweet.

March 19. Last night I had a quarrel with Anna K. “I’m not going to make up the solution any more. ‘ It was then that I first discovered in myself a nasty tendency to lose my temper and, worse, to shout at people when I am in the wrong. <…> And I snatched the keys out of her hand.

Personality change and episodes of violent mood swings can be symptoms of addiction. This often leads to deterioration of interpersonal relationship with other people (e.g., his nurse, who also became Dr. Polyakov’s mistress at that time).

April 9. The devil is in this phial! This is its effect: on injecting one syringe of a 2% solution, you feel almost immediately a state of calm, which quickly grows into a delightful euphoria. This lasts for only a minute or two, and then it vanishes without a trace as though it had never been. Then comes pain, horror, darkness.

May 6. Two syringes of a 3% solution. My previous notes must sound somewhat hysterical. In fact there is nothing particularly unusual or alarming about my condition. It does not in the least affect my capacity to work. On the contrary….

People with addiction often deceive themselves by suggesting that the drug injection may even improve their work ability. 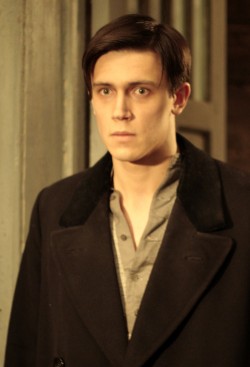 May 18. A book is open in front of me… “.. morbid anxiety, a nervous depressed condition” <...> “Depressed condition” indeed! The body which moves, agonises and suffers is a corpse. It wants nothing, can think of nothing but morphine. The feeling must be something like that of a man buried alive, groaning and writhing as the first tongues of flame lick at his feet. Death. That is what lurks behind that clinical, academic phrase “a depressed condition’. I can’t hold out. I have just had injected myself. Three syringes of a 3% solution. That will last me until .  .. Nonsense. That last entry was nonsense. It’s not as bad as that. Sooner or later I’ll give it up…but now I need sleep, sleep.

Dr. Polyakov experiences mood swing episodes. The dysphoria and physical discomfort associated with withdrawal are accompanied by denial; Another symptom of addiction is irregular sleeping patterns that encourage tiredness and physical distress.

<…The pages in between describe Dr. Polyakov’ attempts to be treated in a clinic in Moscow that ended by his running away and stealing morphine from the hospital, his coming back to the country, the relationship with the nurse, gradual increase of the injection dose, and his descent into madness…>

Nov 18. <…> I may be in a state of moral decay, but I am nevertheless making an effort to arrest it. This morning, for instance, I did not have an injection.

Attempts of self-cure are difficult and made even more difficult in almost complete social isolation.

Jan. 17. 1918. During abstinence I am terrified by the slightest sound and I find people detestable. I am afraid of them. In the euphoric phase I love everyone, although I prefer solitude.

People with opioid addiction often experience fear and tension during the withdrawal periods. To reduce the discomfort of sounds, lights, and people, one sign of addiction is seeking isolation or trips to an isolated place like the bathroom or bedroom.

Feb. 13. 1918 <…> I have decided against treatment. It’s hopeless. And I don’t want to torment myself any longer. NO ONE IS TO BE BLAMED FOR MY DEATH.

Dr. Polyakov commits suicide and leaves his notebook as a “pathological history” to “warn others.”

In 1927, Medical Worker (Medicinsky rabotnik) journal first published this story as an impressive and sincere description of addiction. As described in the annotations, the story contains the initial rewarding experience associated with morphine use, the progression of increasing doses, later self-excuses for using, additional need to increase the dose (tolerance), a switch between self-confidence and disparity, and finally, the agonizing suffering and complete destruction of life. This story raises questions about the role of personality and social settting in addiction. Which is the “devil” here: The person, the environment, or morphine itself? The tale is based on the real experience of the author, who was a physician in a rural area, who developed an addiction to morphine despite his medical training and knowledge. This is a bright illustration of how knowledge itself does not prevent or limit addiction. Unlike his character, Bulgakov managed to overcome his addiction after coming back to (a big city) from the province and getting support from his family and friends.

What do you think?  Please use the comment link below to provide feedback on this article. References cited

The tale is a part of a book of stories that is available on Amazon, ebay, and LibraryThing

The pictures are taken from the story-based movie Morphia (2008) presented at fest, 2009.

* M.Bulgakov is the author of  a novel “Master and Margarita” that critiques often name among the 100 best books of 20th century..