« STASH, Vol. 6(5) – To intoxicate or to ameliorate? Reasons for illicit use of buprenorphine among opioid-dependent treatment seekers | Main | The DRAM, Vol. 6(5) – Don’t Stand Too Close! Alcohol Use Might be Contagious within Social Networks »

Table 1: Odd ratios for predicting disordered gambling from type of game with and without controlling for involvement (adapted from LaPlante et al. 2009) 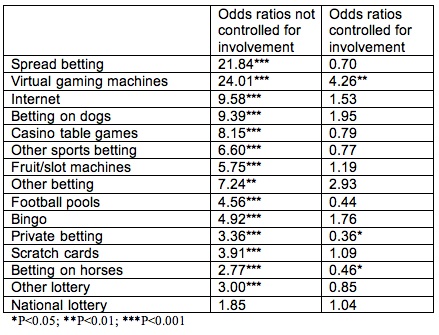