ASHES, Vol. 7(8) – Smoking tobacco with a hookah: Replacing the cigarette as high schoolers' smoke of choice?

Cigarette use among high school students has been on a steady decline during recent years (SAMHSA, 2010). Media and regulatory campaigns have targeted and attempted to reduce cigarette smoking, but more exotic forms of tobacco smoking, such as hookah, have received relatively little attention (Smith, Novotny, Edland, Hofstetter, Lindsay & Al-Dalaimy, 2011). Because Hookah smoking can involve the use of many substances (e.g., opium, marijuana, or tobacco), we want to note that for the remainder of this article, ‘hookah use’ will refer to specifically and only to smoking tobacco. Previously, the BASIS published a history and introduction to hookah, as well as a study about hookah use among college students. Today’s ASHES explores hookah use and attitudes towards hookah smoking among high school students (Smith, et al., 2011). 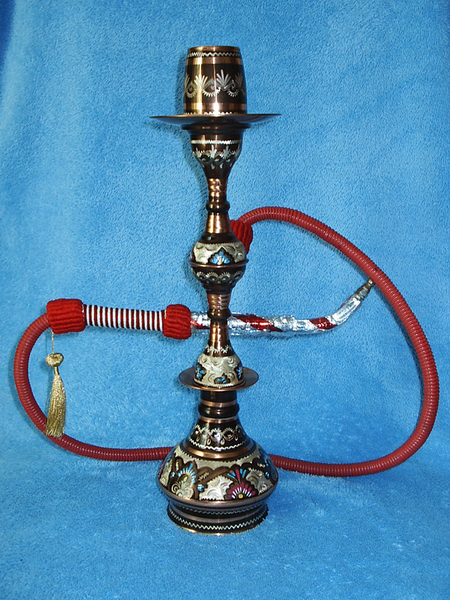 These results show that many students know about hookah and a good percentage have tried hookah. Also, many students perceive hookah smoking as a safer, more socially acceptable alternative to cigarettes. Previous research has shown that hookah smoking is more harmful than cigarette smoking, given the greater amount of smoke inhaled (Jacob, Abu Raddaha, Dempsey, Havel, Peng, Yi & Benowitz, 2011) during comparatively longer smoking sessions (hookah sessions averaged 47.5 minutes in this study; Smith, et al., 2011). Furthermore, studies have shown that hookah use is predictive of future regular cigarette use among Danish youth (Jensen, Cortes, Engholm, Kremers & Gislum, 2010). For American high school students, hookah is a non-traditional nicotine delivery method, one that has not received much attention in the media or literature. Hookah use is harmful and predictive of future cigarette smoking, suggesting that closer parental, societal, and regulatory attention should be afforded to high school hookah use.