« Addiction & the Humanities, Vol. 7(9) – Why krokodil, why Russia? | Main | The WAGER, Vol. 16(10) – Warm Turkey: Considering whether abstinence ought to be the goal of gambling treatment »

About 10 million Americans report that they have driven under the influence of an illicit drug at least once during the past year (US Department of Health and Human Services, Substance and Mental Health Services Association, Office of Applied Studies, 2007). Marijuana is the most commonly used illicit drug (ibid.). This week’s STASH reviews a randomized control study that examines the effect of smoking marijuana versus a placebo on a driving simulator (Anderson, Rizzo, Block, Pearlson & O’Leary, 2010). 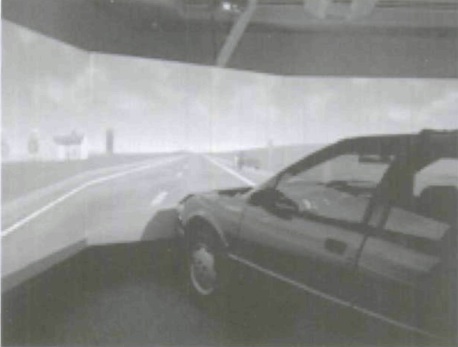 A meta analytic study concluded that there was a subtle effect of marijuana on driving performance (Berghaus, Sheer, & Shmidt, 1995). Anderson et al. (2010) provided results that did not support these earlier findings. Using a modern driving simulator might have influenced these results; in addition, the different finding might have emerged because of Anderson et al. investigated different driving tasks and driving evaluation methods.

Results obtained in a lab are not always generalizable to real life. Specifically, previous studies showed that marijuana influenced driving performance impairments are more likely to be manifest within a driver stimulator test compared to on road settings (US Department of Transportation, 1993). The present study did not find any marijuana effect on simulated driving. However, we should interpret this null finding with caution because there are many methodological (e.g., large measurement error) and analytical (e.g., small sample size; small effect size) reasons for failing to finding differences between groups. In addition, it is possible that smaller undetected effects exist or that marijuana impacts actual driving.

US Department of Health and Human Services, Substance and Mental Health Services Association, Office of Applied Studies. (2007) 2006 National Survey on Drug Use and Health: National Results.

Posted at 09:23 AM in Science Threads on Addiction, Substance Use, and Health (STASH) | Permalink

This... is just ridiculous. First of all, who would consider doing math problems as "multitasking"? When I drive, I don't do anything CLOSE to the level of mental capacity as math problems. That's a stupid idea! Plus the results didn't say ANYTHING about illicit drugs having a negative impact on driving. This just proves once again that research in Cannabis SUPPORTS Cannabis more than it hurts it.

You are right that the reported study does not provide evidence that use of cannabis hurts driving. Both marijuana and placebo groups performed similarly on all driving tasks, so the initial hypothesis about the damaging effect of cannabis was not supported. However, we encourage our readers to perceive these results with caution because of some methodological flaws of the particular study. Besides, no single study should be used to conclude marijuana is safe (or not safe) for driving.

Regarding the multitasking. Doing simple math calculation is a common and widely used method to manipulate cognitive load and multitasking in a lab setting. Although it is not exactly what people typically do in real life, the general cognitive process is similar to everyday multitasking and provides a reasonably close analogy.