« Addiction & the Humanities, Vol. 8(1): DARE to be Ineffective? A look at Drug Education Programs in Schools | Main | Op-Ed/Editorials: List of selected recipients for January giveaway "Change your Gambling, Change your Life" »

STASH, Vol. 8(1) – Who are dual alcohol and marijuana users?

When people drink alcohol, they are more likely also to use marijuana than any other illicit drug (Degenhardt, Hall et al. 2001). However, little is known about this group of dual alcohol/marijuana users, or about how different levels of alcohol and marijuana use affect other risky behaviors. This week’s STASH reviews a study that investigates behavioral and psychosocial characteristics of those who use both alcohol and marijuana (Harrington, Baird et al. 2012). The investigators sought to determine if there are distinct clusters of alcohol/marijuana users and examine the range of potential negative consequences associated with this pattern of substance use.

Figure 1a. AUDIT scores as a function of clusters of participants. 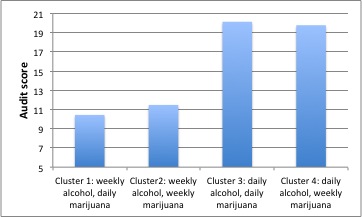 Figure 1b. MPS, total IBC and total NIP scores as a function of clusters of participants