« The DRAM, Vol. 9(1) - Attempted suicide and alcohol use disorder in the elderly | Main | ASHES, Vol. 9(1) – Puff To Soothe Distress? Examining the relationship between smoking and PTSD symptom clusters »

Special Topics in Addiction and the Humanities: Music Therapy for Chemically Dependent Youth

Editor’s Note: The Division on Addiction has recently begun a partnership with the Healing Lodge of the Seven Nations, a residential chemical dependency treatment center for adolescents located in Spokane, WA. The Healing Lodge provides innovative treatment to both Native and non-Native youth that incorporates Native American culture in the healing process. One of the Healing Lodge's most recent treatment innovations is Abstract Music, a program that encourages residents to express their thoughts and feelings through music. In 2011, that program won the "Innovative Program of Year” award from the Washington State Department of Behavioral Health and Recovery and an honorable mention in the SAMHSA-sponsored iAward program. That same year, one of the program participants placed second in the annual Musicares contest, run by the Grammy Foundation; and the program’s founder, Rickey “Deekon” Jones, was a finalist in President Obama’s Native Youth Challenge. Deekon first implemented a version of this music program in 2005 at the Boys & Girls Club in Lapwai, ID.

This week, the BASIS is publishing a contribution by Deekon about Abstract Music.

Music is the pyramid of the spirit. In the ever elusive quest for balance, it is music that maintains mind, body and soul by nourishing the creativity of the brain, allowing the anatomy to unwind and permitting the soul to grow with confidence and build social relationships. These qualities are vital in the struggle against the addictive process; and music can help shape emotions and provide a path to the fundamental struggles that shape our moral character.

In my work with chemically dependent youth from the ages of 13-18 years old, I strive to help residents achieve a genuine response to treatment, one that includes a transformational shift in their delicate, impressionable social lives. The therapists here at the Healing Lodge use experiential therapy as well as utilizing Dialectical Behavior Therapy (DBT). But recently, the rate of runaways, behavioral discharge and lack of engagement in treatment were not where the establishment wanted to be. We wanted more innovative, more effective methods to reach the youth in a profound way that will fundamentally boost everyday function.

We conducted a survey with all of the residents, male and female, about the most influential commodities in their lives. The one recurring theme in each of the residents lists was music. With this information, I spoke to the residents collectively and asked if they would like to create their own music and tell their story. The response was very hesitant and the consensus was that they have no experience in making music or singing, so if they were to attempt, it would have to be Hip Hop. The Hip Hop genre, as told by the residents, could express their troubled life story of struggle and misunderstanding. Plus, it did not require a beautiful singing voice. This gives an equal opportunity to everybody who participates.

The methods that I am currently employing are fusing together Music Therapy, as conventionally known, with Chemical Dependency Counseling, Psychology, and Experiential Therapy. Bringing the unconscious issues, needs, or coping strategies to a conscious level empowers the individual to make a choice based on the new conscious information that is obtained. 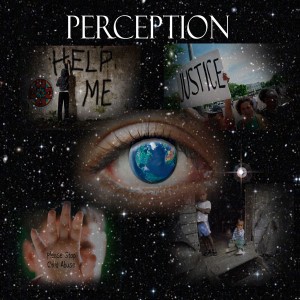 And our residents do need to learn to make new choices.  The psychiatrist Floyd Garrett said that “Addictive fascination and fixity of interest have been justly compared to the more commonly known stage of romantic or infatuated love in which the lover thinks constantly of the beloved and pines and suffers when not in their presence” (2005, para. 5). These emotional memories of the “beloved” are triggers that tell a chemically dependent individual to use, based on a particular smell, sound, feeling, or visual memory associated with “pleasure” from the drug of choice.

The amygdala, located within the limbic/paralimbic neural circuitry, could play a role in this process. Koelsch (2010, p. 131) describes the amygdala as important in “the initiation, generation, detection, maintenance and termination of emotions that are assumed to be important for the survival of the individual. Several functional neuroimaging and lesion studies have shown involvement of the amygdala in emotional responses to music (Koelsch, 2010). In our program, we try to use music to change the way the brain automatically associates the drug of choice with positive emotional triggers, or at least make the residents more aware of their triggers.

The program has shown promising results in length of stay, engagement and success rates. We are looking to further the research by collecting more thorough success rate data (such as by breaking success rates down according to age, sex, ethnic background etc.) to better understand the full potential of the therapy. We might also use brain scans to get a fuller picture of how music changes those neural pathways involved in emotions and addiction. The positive impact of the program is reaching far beyond the walls of the facility. The goal is to open the doors of communication between parents and their children even before experimentation with drugs and alcohol takes place. The preventative aspect of this program is not being overlooked.

Note: The students of this program have recently produced a CD of their music, which can be purchased here.