Special Topics in Addiction and the Humanities: From scare tactics to realism: Different approaches to the portrayal of methamphetamine

This special edition of Addiction and the Humanities was written by Julia Wise, who conducted an independent research project with the Division on Addiction during the summer of 2012.

Crystal Meth is a unique drug that affects users unlike any other substance. A first example is methamphetamine’s effects on the brain; long-term use can result in psychotic symptoms. Some people suffer from these symptoms even after they stop using (Kelly, 2005). A second way that crystal meth is distinct is the way it is produced. Rather than being derived originally from a plant, meth is produced chemically from materials purchased in local stores. Unlike crack, which is prevalent in cities and often associated with minorities and crime, meth is usually produced and distributed in rural areas and appeals to a number of different populations (Linnemann, 2009). In a 2007 edition of Newsweek, a writer warns that meth appeals to “computer geeks in Silicon Valley, factory workers in Georgia, gay professionals in New York” (Jefferson, 2007).

The popular television series Breaking Bad is the most recent depiction of crystal meth in the media. The show revolves around a middle aged science teacher named Walt who learns he has terminal cancer and begins producing methamphetamine in order to support his family. 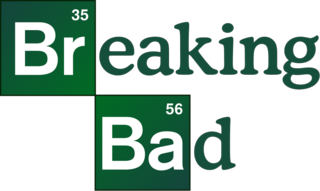 The show touches upon both the business of methamphetamine production and distribution as well as the effects that the drug has on people’s lives. Breaking Bad is unique in its approach toward depicting crystal meth, as it aims to be realistic and humorous at the same time. A light hearted approach to meth was unheard of during its dangerous rise during the 1990’s. Walt’s first attempt at producing meth leaves him stranded in the desert in his underwear.

mor is a sharp contrast to depictions of meth in public health campaigns, such as the “Montana Meth Project,” which use shocking and disturbing images to discourage youth from trying meth. This project succeeded in associating methamphetamine with classic images of teens scratching imaginary insects off their skin and other psychosis-like symptoms, but it might have unintended consequences; as we discussed in an earlier post, adolescents in particular often react against prevention messages that seem too “preachy,” directive, and fear based.

Although Breaking Bad has some shocking aspects, it succeeds in normalizing and humanizing the drug. While the characters on the show have problems, they are relatable, functional human beings who do not resemble the horror stories of past examples of meth in the media.

Despite its emphasis on the commonality of meth distribution and use, there is a clear consensus throughout the show that crystal meth has negative consequences. For example, Jesse, Walt’s sidekick in meth production and distribution, decides to become clean when his girlfriend dies of an overdose. Other examples of tragedy on the show include the death of an 8-year old drug dealer and a scene where two junkies are neglecting their child. Vince Gilligan, the creator of the series, stated that “If there’s a larger lesson to Breaking Bad, it’s that actions have consequences” (Segal, 2011). As Walt and Jesse’s business grows, their personal lives continue to disintegrate and Walt becomes estranged from his family. He succeeds in making enough money to pay for both of his children’s college educations, but after the meth business destroyed his relationships, was it worth it?

As a chemistry teacher, Walt has a deep appreciation for the chemistry behind meth production, and has finally found a way he can make a lot of money and still do something he loves. As glorified as the chemistry behind “pure, wildly addictive blue meth” is, Walt learns that there are indeed consequences. Breaking Bad marks a shift in the attitude toward crystal meth; it has traveled beyond health textbooks and horrifying advertisements into the dark humor of an AMC series. One question remains: what does the depiction of meth in Breaking Bad mean for viewers?The show returns for its final season this summer.