« STASH, Vol. 9(7) - Can you hear me now? How MDMA might compound hearing loss suffered in loud environments | Main | The DRAM, Vol. 9(7) - No smoking – no drinking? Anti-smoking legislation and its relation to alcohol use disorder transitions »

Generally speaking, people tend to follow others’ behavior to avoid conflict (Cialdini & Goldstein, 2004). In addition to helping us avoid conflict, social conformity may help us deal with negative emotions when things go awry (Berns et al., 2011). Is it true for gambling losses? This week’s WAGER reviews an experiment that examined whether social conformity acts as an emotional buffer in response to bad outcomes from gambling (Yu & Sun, 2013). 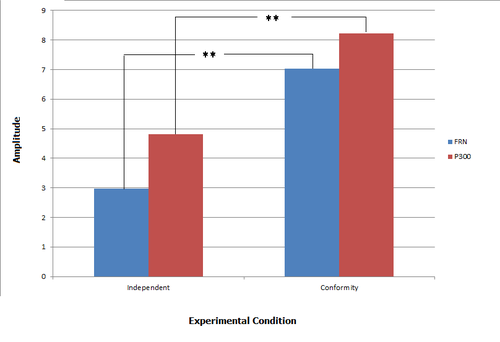 When they chose differently from their confederates, participants showed brain activity associated with detecting errors and registering negative emotions from loss. People who followed the crowd showed reduced sensitivity to outcomes, even when they lost, which implies that conformity reduced the emotional impact of bad outcomes. People might learn to conform to others’ behavior because of risk aversion and to mitigate the sting of losing. This might be adaptive in some ways, but over time, might lead to bad decisions. People who are risk-averse and prone to conforming might make poor financial choices when gambling in the company of others.

Posted at 01:57 PM in The Worldwide Addiction Gambling Education Report (The WAGER) | Permalink