« The WAGER, Vol. 18(7) - Gambling, groupthink, and emotional security blankets | Main | ASHES, Vol. 9(7) – Scared about death? Have a smoke: The effects of mortality reminders on smoking behaviors »

The DRAM, Vol. 9(7) - No smoking – no drinking? Anti-smoking legislation and its relation to alcohol use disorder transitions

Many studies have demonstrated the effectiveness of anti-smoking legislation on reducing smoking (e.g., see ASHES 9(5)). Given the high comorbidity of alcohol abuse and smoking, it is possible that smoke-free policies, such as smoke-free public places,  also reduce alcohol use. This week’s DRAM reviews a study that investigated if smoking prohibition in bars and restaurants impacts incidence and remission of alcohol use disorder  (Young-Wolffa, Hylandb, Desaia, Sindelara, Pilvera, &. McKeea, 2013). 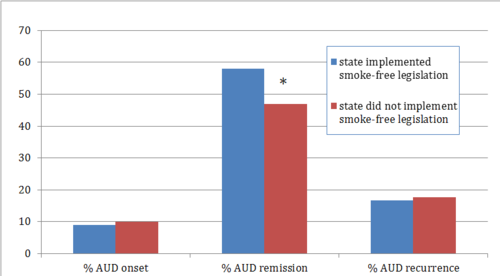 Figure 1b: Rates of AUD onset, remission, and recurrence among women 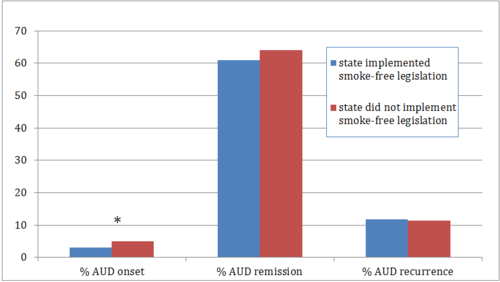 Note: these figures include residents of states without smoke-free legislation at wave 1 who reported any alcohol use during wave 1