« The DRAM, Vol. 9(9) - Brew for two: The reciprocal effects of alcohol expectancies and drinking with one’s spouse | Main | STASH, Vol. 9(10) - 140 characters at a time: Attempting to track Adderall use with Twitter »

Smoking cessation can significantly reduce the mortality risk among smoking patients with coronary artery disease (Critchley & Capewell, 2003).  However, many patients fail to quit smoking despite the well-known risk. Today’s ASHES reviews a study that investigates adherence to guidelines to quit smoking among patients after a myocardial infarction (MI) (Choi et al., 2013). 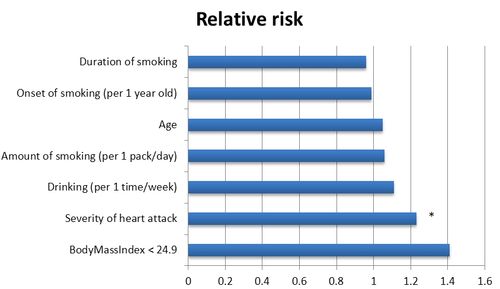