The risks to college students who drink at heavy or problematic levels are well-known (e.g., unintentional injuries, academic problems; Hingson, Zha, & Weitzman, 2009). To combat these problems, college administrators and health prevention specialists have implemented strategies that target both individuals and their environment to reduce high-risk drinking. This week’s DRAM reviews a study that assessed the current status of systems to prevent alcohol abuse at U.S. colleges (Toomey et al., 2013). 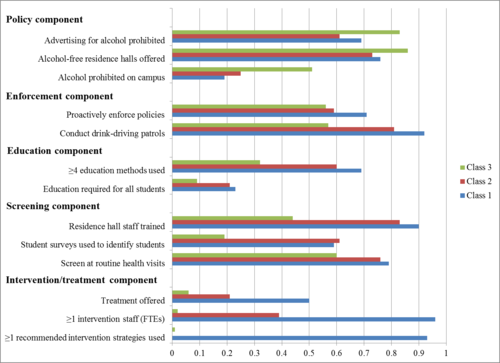 One-third of the colleges surveyed had taken what these researchers considered to be comprehensive approach to addressing student alcohol use. However, none of the colleges had implemented all of the strategies and many failed to implement complementary strategies such as screening plus intervention and treatment. This was particularly true of Class 2 colleges. Future studies should explore how colleges choose strategies to implement, the efficacy of different combinations of strategies, and what barriers exist to further implementation, as well as how these classes are related to the prevalence of alcohol misuse on campus.

Posted at 03:06 PM in The Drinking Report for Addiction Medicine (DRAM) | Permalink