« Introduction to the Special Series on Addiction and Technology | Main | STASH, Vol. 10(9) - ‘When I Was Your Age’: The role of family in adolescent substance use »

Many inpatient psychiatry units permit their patients to smoke; partially in response to patient advocacy groups, and partially in the hope that regular smoke breaks will help patients calm down and manage their symptoms (Lane et al., 2009). This stands in stark contrast to policies on other substances of abuse, such as alcohol and hard drugs, which are banned. There are very few clinical trials that have initiated tobacco interventions in this setting, and none have examined the effects of treating tobacco dependence on the recovery and psychological wellbeing of psychiatric inpatients. The current study recruited smokers from an acute inpatient psychiatric ward to participate in a randomized controlled trial of a smoking cessation intervention (Prochaska, S. E. Hall, Delucchi, & S. M. Hall, 2014). 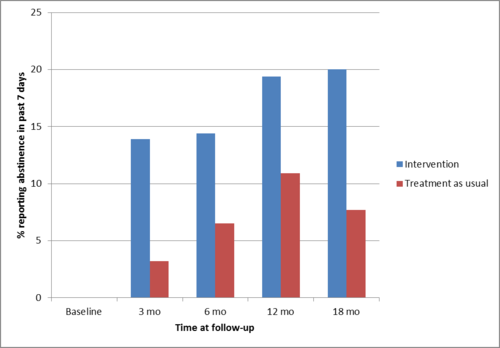