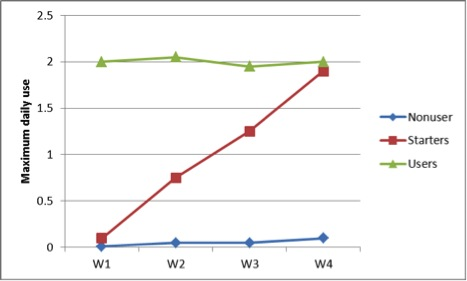 This study revealed that many factors relate to substance use in American Indian adolescents. Generally, older age, early puberty, negative peer influences, and stressful life events corresponded to substance use. Female gender also predicted substance use. This is surprising, given previous findings revealing higher rates of substance use among males (Whitesell et al. 2007). Because American Indian populations experience higher rates of substance use, it is important to identify effective avenues of treatment and paths to resilience. Understanding substance use trajectories and their correlates can be useful in this effort. More specifically, findings such as these can help identify (1) adolescents for whom preventative efforts might be most effective, such as those who are exposed to significant life stresses and those who experience early puberty, and (2) optimal timing for deploying such efforts.

[1] Researchers compared one-, two-, three-, and four-class models using growth mixture modeling, and the 3-class model provided the best fit for each substance.