In a previous edition of The DRAM, we reviewed evidence suggesting that lesbian, gay and bisexual (LGB) populations have higher rates of alcohol use disorders than their heterosexual counterparts, especially in states with  same-sex marriage bans. Studies have also shown higher rates of smoking in gay and bisexual populations (e.g. Lee et al., 2009). Higher rates of smoking and alcohol use in this group could be due to elevated rates of mental health issues stemming from discrimination and stigmatization. However, previous studies have failed to study differences within LGB subgroups. It is possible that certain subgroups might be at higher risks than others. This week’s ASHES reviews a study exploring smoking characteristics of LGB subgroups and heterosexuals in a large, nationally representative sample (Fallin et al., 2014). 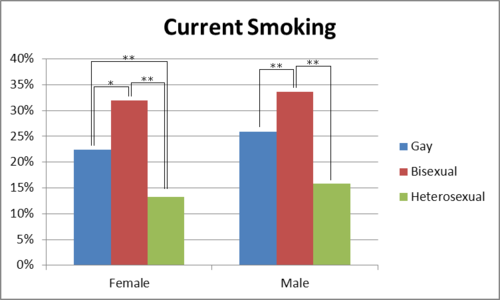 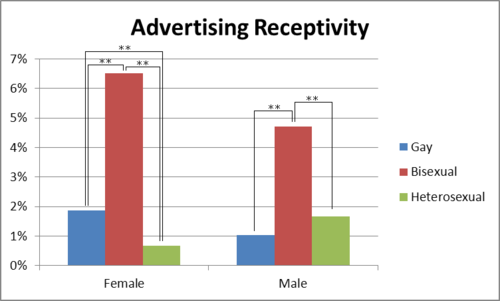 Conclusion
Sexual minorities smoke at higher rates and are more receptive to tobacco advertising, while showing similar desire to quit as their heterosexual counterparts. Additionally, bisexuals in particular seem to show higher rates even when compared to the gay subgroup. These differences suggest that smoking cessation efforts could be targeted at specific subgroups rather than the LGB population as a homogeneous group. Further research could also focus on understanding why bisexual individuals might be more susceptive to tobacco advertising.