Both cigarette smoking and excessive drinking behavior are prevalent among young adults. In non-college populations, 34% of young adults between age 18 and 22 smoke and 33% report binge drinking. In college populations, 21%  smoke and 39% report binge drinking (Substance Abuse and Mental Health Services Administration, 2014). Smoking patterns among young adults differ from those in adult populations, and are often tied closely to their drinking patterns. However, few interventions have targeted the young adult population. This week’s ASHES, part of our Special Series on Alcohol Awareness Month, reviews a study by Ames and colleagues (2014) that tested an intervention for young adults that targets both drinking and smoking behavior. 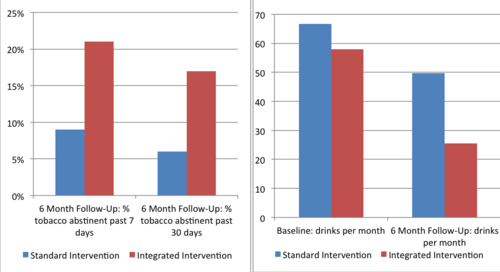