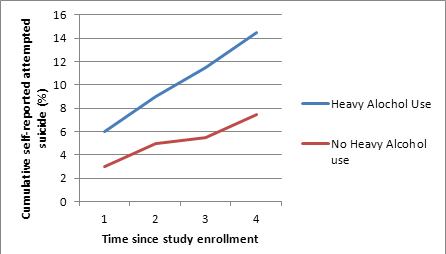 Although researchers have observed links between suicidal behavior and drug and alcohol use considered separately, this study is the first of its kind to report upon their combined effect on long-term suicide risk. Further, this study illustrates the importance of considering the complexity of addictive behavior in determining risk for suicidal behavior. Implementation of screening protocols for heavy alcohol consumption among illicit drug users, followed by suicide prevention and intervention efforts, could be an effective way of reducing suicidal behavior among this population.

Excellent and A wonderful read! Your article is the best one I have learnt, and it has helped me. Keep doing that.