« STASH, Vol. 11(3) - Suicidal behaviors among people with substance use or gambling disorders | Main | Introduction to the Special Series on Alcohol Awareness Month »

The idea that alcohol makes bad ideas sound good has become a recurring joke in American music, movies and television[1]. Although popular culture has found humor in alcohol-fueled impairment, in real life the stakes are high, especially when it comes to situations that require thoughtful decision-making, like whether to begin, and when to end, a gambling session. People who gamble can be susceptible to endorsing superstitions, misconceptions, and bad ideas, and clear decision-making can be essential to avoiding their fallout. This week, as part of our efforts to promote Alcohol Awareness Month, The WAGER reviews a study that explores the effects of alcohol and gambling on gambling-related beliefs (Ellery &Stewart, 2014). 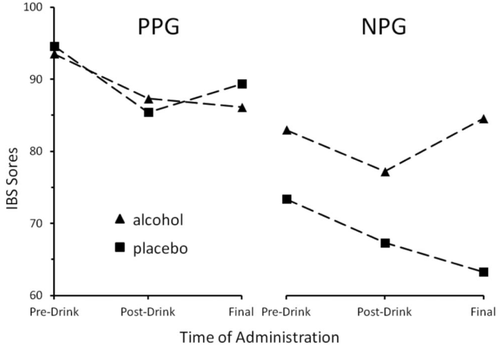 Figure 1: Average mistaken beliefs (IBS) questionnaire scores for each of the four groups of participants at each of the three times. Higher scores indicate more biases and misconceptions. Reprinted from Ellery and Stewart (2014).

The interesting result of this study is the effects of alcohol and gambling on participants without gambling problems. Those who were not served alcohol showed on average a steady decrease in mistaken beliefs over the course of the study. The sequence of repeated bets over the course of the session might have produced a learning effect in which the VLT experience itself decreases these participants’ beliefs in superstitions and fallacies, which would be adaptive. In contrast, those under the influence of alcohol did not experience the same decrease in mistaken beliefs, potentially indicating that the alcohol slowed down this learning effect, leading to those gamblers holding onto all the maladaptive ideas they had when they started their sessions.

Jefferson, S., & Nicki, R. (2003). A new instrument to measure cognitive distortions in video lottery terminal users: the Informational Biases Scale (IBS). Journal of Gambling Studies / Co-Sponsored by the National Council on Problem Gambling and Institute for the Study of Gambling and Commercial Gaming, 19(4), 387–403.

[1] Examples include the music video for “One More Drink” by Ludacris f. T-Pain, the Big Bang Theory episode “The Pants Alternative”, and the movie The Hangover.

[2] The researchers excluded players who were not fluent in English, were not at least 19 years old, did not play video poker, did not consume alcohol, or had circumstances that would have made participation in the study a health risk.

[4] The researchers’ aim was to raise their BAC to 0.06%. As a comparison, in most of the jurisdictions in the United States, the legal limit for driving is 0.08%.

Thank you for your comment. The text has been changed to more accurately reflect the methodology of the study. We appreciate your readership and support.