The DRAM, Vol. 11(7) – Don’t preach what you practice? Abstinence vs. harm reduction parental messages and drinking among college-bound students

Editor's Note: This DRAM was written by Kelly Chen, as part of her participation in the Division on Addiction's Undergraduate Summer Research Mentorship. Kelly is a student at Williams College.

This summer, many parents will sit down and engage in conversations about drinking habits with their soon-to-be college freshmen. Although research over the past decade has established the importance of parent-teen alcohol communication in preventing alcohol-related problems, parents might still be confused about what to say during these conversations, especially when their kids have already started drinking. In this week’s DRAM, we review a recent study that compared drinking behavior among incoming freshman who primarily received abstinence or harm reduction messages from their parents (LaBrie et al., 2015). 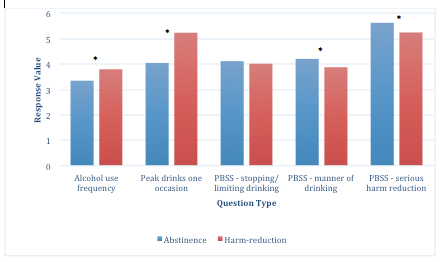 The current study suggests that high school seniors identifying as light drinkers report drinking less and using more harm reduction strategies if their parents provide abstinence-related alcohol messages, rather than harm reduction messages. Findings from this study underscore the utility of messages related to abstinence, even when parents are aware that their children have had previous experiences with alcohol. Future research ought to examine whether this relationship carries over to the college years and whether high school parental messaging influences drinking behavior once students enter college, among both heavy and light drinkers.

Posted at 02:00 PM in The Drinking Report for Addiction Medicine (DRAM) | Permalink