« ASHES, Vol. 11(12) – Nicotine on the adolescent brain | Main | Introduction to the Special Series on Driving under the Influence (DUI) » 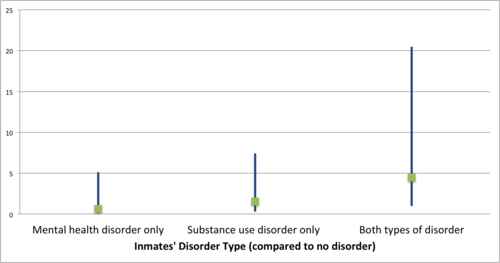 Incarcerated women who committed only minor infractions were more likely to receive harsh punishments if they had both mental health and substance use disorders, compared to women without either type of illness. It is possible that the correctional officers saw these women as particularly difficult and incompliant. Whatever the cause, harsh punishments—especially confinement—could produce panic, anxiety, rage, depression, and hallucinations (American Psychological Association, 2014) and could impair mental health and substance use disorder treatment.

American Psychological Association. (2014). Incarceration nation: The United States leads the world in incarceration. A new report explores why — and offers recommendations for fixing the system. Retrieved from: http://www.apa.org/monitor/2014/10/incarceration.aspx