« The DRAM, Vol. 13(4): Think to cope vs. drink to cope: Mindfulness, depression, and alcohol-related problems | Main | ASHES, Vol. 13(4) – Mindfulness-based treatments for smoking addiction: Are they more effective than others? »

Mindfulness and Addiction: Openness, Present Moment Awareness, and Nonjudgment on the Path to Developing a Highly Efficacious Treatment

Editor's Note: We are pleased to present this editorial written by Katie Witkiewitz, Ph.D., Associate Professor of Psychology at the University of New Mexico, part of this month's Special Series on Mindfulness and Addiction. Dr. Witkiewitz is a member of The BASIS Editorial Board. 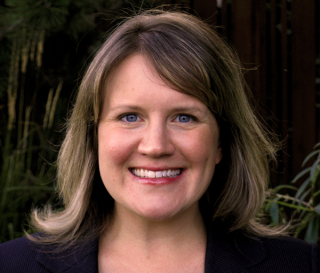 When I first started graduate school in 2001 at the University of Washington, I had zero interest in studying mindfulness. I was accepted into the Clinical Psychology PhD program to work with the internationally renowned addiction psychologist Dr. G. Alan Marlatt.  In the late 1970s, Alan Marlatt became very engaged in a personal mindfulness meditation practice and conducted a few studies of transcendental meditation, but mindfulness meditation was not mainstream or fundable. He published a few papers in the late 1970s to mid 1980s (e.g., Marlatt & Marques, 1977; Murphy, Pagano, & Marlatt, 1986) and then returned to the rigors of “real” addiction science. Since the late 1980s, Alan’s work was primarily focused on addictive behaviors, relapse prevention, harm reduction approaches, and brief interventions for college student drinking. Alan would continue to practice meditation personally and he became especially interested in the ground-breaking work of Jon Kabat-Zinn and colleagues (1992) on the secular approach of bringing Eastern meditation practices to a Western medical community via the mindfulness-based stress reduction program. Alan continued to dabble in talking about the parallels between Buddhism and psychology (Marlatt, 2003), but his primary focus remained set on topics that were generally acceptable to mainstream addiction researchers.

Alan’s lab and my life completely changed in the early 2000s, shortly after I started graduate school, when Alan initiated his first NIH-funded study of mindfulness meditation as a treatment for addiction (R21 AA013054).  At the time, the North Rehabilitation Facility, a minimal security prison facility for non-violent criminal offenders in the greater Seattle Metropolitan area had started offering 10-day Vipassana meditation courses to inmates over the course of a 3 year period (Meijer, 1999). They approached Alan and his lab to inquire on whether we would be willing to evaluate the program. Alan jumped at the opportunity and mobilized his team, led by research assistant Sarah Bowen, to conduct the first quasi-experimental study of Vipassana meditation in an American prison (Bowen et al., 2006).  Vipassana meditation was common in prisons in India, however the program at the North Rehabilitation Facility was the first attempt at bringing a Buddhist Vipassana meditation course into the American prison system.  The 10-day course is offered in noble silence with up to 10 hours of silent meditation per day for 10 days.  The courses are offered in Vipassana retreat centers across the United States and supported by local Vipassana practitioners who return to offer the course free of charge.

The data from our initial study of Vipassana meditation was compelling, however NIH was not convinced.  Mindfulness was still a fringe area in the early 2000s and the idea of offering a 10 day Vipassana meditation course to individuals who were early in recovery and possibly needing a higher level of medical care (e.g., detoxification services) was a concern of the grant reviewers and despite four solid attempts at funding a larger study of Vipassana meditation we gave up on that idea. Fortunately, we persevered and looked to the broader literature for guidance.  We were open to any programs that would allow us to incorporate formal meditation practice and ultimately returned to the pioneering work of Kabat-Zinn’s mindfulness-based stress reduction program and the newly established mindfulness-based cognitive therapy for depression program (Segal, Teasdale, & Williams, 2002) which was gaining popularity in mainstream psychology and psychiatry circles.  Sarah Bowen and I were advanced graduate students at the time and working on the 5th iteration of the Vipassana grant when we decided to scrap the Vipassana idea all together and started working on a new application to develop and test a new program for addiction: mindfulness-based relapse prevention (MBRP).

With Alan’s approval and the help of so many gifted scientists, including Tiara Dillworth, Neharika Chawla, Seema Clifasefi, Mary Larimer, Joel Grow, Brian Ostafin, Susan Collins, and Tracy Simpson we endeavored to create an entirely new program that would combine formal meditation practices, informal mindfulness practices, and relapse prevention skills training into an 8 week group-based program for alcohol and substance use disorders. Our first attempt at funding was successful and we started creating the program. Sarah Bowen led the clinical development and was assisted by Neha Chawla, Seema Clifasefi, and Brian Ostafin, all of whom had personal meditation practices. The treatment was developed iteratively during the first trial and our early attempts at defining the intervention (Witkiewitz, Marlatt, & Walker, 2005) was refined over multiple years of running treatment groups at a community treatment agency, the Recovery Centers of King County.

Results from the initial trial were encouraging.  Over a four month follow-up period, we found significant reductions in substance use and substance craving among individuals in the MBRP group, as compared to a treatment as usual control group (Bowen et al., 2009). The MBRP group also showed greater increases in acceptance and acting with awareness, as compared to the treatment as usual group and changes in acceptance, awareness, and nonjudgment at post-treatment significantly mediated the association between MBRP treatment and craving (Witkiewitz et al., 2013).

The initial trial led to further funding for a fully powered randomized clinical trial of MBRP, as compared to the “gold standard” relapse prevention program, as well as the same treatment as usual condition. At this point, the treatment had been fully manualized (Bowen et al., 2011) and numerous community treatment providers had been trained in delivering the intervention. The trial was running rather smoothly and we were starting to collect 12-month follow-up data when Alan became very ill with a recurrence of melanoma and died of kidney failure on March 14, 2011. Under the leadership of Sarah Bowen, Seema Clifasefi, Joel Grow, Neharika Chawla, Sharon Hsu, Susan Collins, and Mary Larimer we continued the work on the project, which we ultimately completed in July 2012.

These findings were replicated in a small RCT that I led in a residential treatment program for female criminal offenders.  In this hybrid efficacy-effectiveness trial we found that MBRP was superior to RP at reducing substance use lapses and the amount of substances used when lapses occurred (Witkiewitz, et al 2014).  We also started to examine whether certain populations might be more or less suited for MBRP and found that minority women seemed to especially benefit from the MBRP groups (Witkiewitz, Greenfield, and Bowen, 2013).

Below, I share a few observations I have made in conducting research on MBRP and training others to facilitate MBRP groups and conduct research on mindfulness-based interventions:

1) A personal meditation practice is absolutely necessary and essential.

2) From a researcher and facilitator perspective, it is also helpful to learn about the origins of the secularized practices used in mindfulness-based interventions.

One of the many internal struggles that I have experienced in doing this research and clinical work is balancing the fact that I am not a meditation teacher and I have not extensively studied Buddhism, yet many of the practices in the MBRP program are derived from Buddhist teachings. I have found that reading Buddhist teachings and participating in many insight meditation retreats, which are largely based on and reference Buddhist teachings, has been very helpful for deepening my understanding of the purpose of the practices and the intentions for doing the work.

The MBRP program has been useful for many individuals and I am constantly amazed by how MBRP seems to “click” and work with so many of the clients we treat. I have worried at various times in the development of the program that MBRP would not work for individuals who were homeless or who experienced severe trauma or who had comorbid psychiatric diagnoses that impaired functioning, however we have been fortunate to identity many client populations who have responded to the treatment. We have also found that clients who are not stabilized, namely clients who are being supervised on a medical detoxification unit, might not be appropriate for the treatment. This is especially true when the client has severe psychotic symptoms or is unable to sit up in a chair without falling over.  We have also found that once individuals have been medically cleared for participation in treatment that they are able to engage in many of the practices without additional support. We do make accommodations for a variety of populations, namely we try to use shorter practices with clients who are new to treatment, adolescent clients, and those clients who have difficulty engaging with longer practices.

For more information about MBRP, including training opportunities and guided meditations to be used in treatment please visit www.mindfulrp.com.  We have also recently published a book on incorporating mindfulness into evidenced-based clinical practice, available here. All proceeds from the royalties will be donated to a G. Alan Marlatt Scholarship Fund.

Marlatt, G. A. (2003). Buddhist philosophy and the treatment of addictive behavior. Cognitive and Behavioral Practice, 9, 44-50.