STASH, Vol. 13(5) Opioid use among pregnant women in the US

Prescription opioids like oxycodone and hydrocodone can, at least temporarily, relieve both emotional and physical pain. As a result, some people use opioids that are prescribed to them or that they otherwise obtained, to cope with sadness or anxiety. This kind of nonmedical opioid use is dangerous even in the short-term in part because it can lead to long-term opioid use or even dependence. Nonmedical opioid use during pregnancy can have potentially adverse health effects for both the pregnant woman and unborn child. This week, STASH reviews a study by Katy Kozhimannil and her colleagues that examined the predictors of nonmedical opioid use among pregnant women in the United States (US).

What factors are associated with nonmedical opioid use among US pregnant women?

Researchers used data from the National Survey of Drug Use and Health (NSDUH) to examine population estimates of substance use in the US. The NSDUH used probability sampling to estimate what a smaller sample of demographic data would look like if it were weighted to represent a nationally representative sample. The sample included 8,721 female respondents who reported currently being pregnant. This data was used to predict and estimate how substance use and mental health characteristics differed between pregnant women who reported nonmedical opioid use and those that reported no nonmedical opioid use during the past year or 30 days.

Access to affordable, quality health care should be available to everyone, particularly pregnant women; however, that is unfortunately not the case in the US. The current study’s results reflect the complicated reality of co-occurring mental health and substance use issues among pregnant women who have a history of nonmedical opioid use. These findings inform public health policy and treatment interventions that should be equipped to identify and address the full spectrum of problems pregnant women might be experiencing.

This study did not track substance use behavior and mental health over time. The researchers gathered data from 2005-2014 but were unable to look at how the sample changed longitudinally, which could have provided additional insights. Also, substance use may have been under-reported by pregnant women due to social desirability bias.

Figure 1. Estimated descriptive characteristics of pregnant women by nonmedical opioid use in the past year. Adapted from Kozhimannil et al. (2017). Click image to enlarge 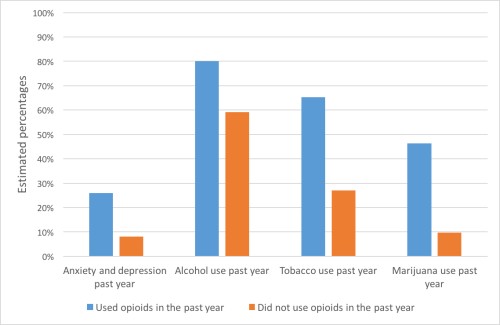 Figure 2. Estimated descriptive characteristics of pregnant women by nonmedical opioid use in the past 30 days. Adapted from Kozhimannil et al. (2017). Click image to enlarge Our Addiction Resources page has free, anonymous resources for people concerned about substance use or other expressions of addiction.