« ASHES, Vol. 13(10) – The relationship between e-cigarettes and youth smoking uptake | Main | STASH, Vol.13(10) - One size fits all? Extracurricular activities, substance use, and conscientiousness in adolescents »

Editor’s Note: This op-ed comes from Dr. Heather Wardle, Assistant Professor at the London School of Hygiene and Tropical Medicine. It is part of our Special Series on Youth Risky Behavior.

I remember the first time I gambled. I was eight and at my dad’s golf club. Whilst the adults chatted, I wandered off and found this amazing machine with bright lights, fruity symbols and fun music that gave me money when I put my coppers into it. Pressing buttons randomly, not knowing what to do, I was amazed when more money than I put in appeared in the dispenser below. Being fiscally cautious (something ingrained into me by my mum) instead of ploughing my money back into the machine, I bought myself a bright pink shiny golf ball that I’d be coveting all day which my mum had refused to buy. God knows what she thought when I returned with my prize!

Other ‘firsts’ came too: first cigarette (aged 13; stolen from my dad’s cigarette pack and smoked in the park with friends); first alcohol (aged 14; at a New Year’s Eve party, swiped from an abandoned glass) and more besides.

These moments were rites of passage, a testing of boundaries and, arguably, a natural curiosity about risk. With the exception of alcohol, they haven’t become persistent habits for me, nor did they throughout my adolescent life. Yet for some they do. Because of this, we need to think about the kinds of factors – both risk and protective - that might work to facilitate or, alternatively, mitigate longer-term engagement in risky behaviours.

Most young people engage in risk behaviours at some point, but more persistent engagement appears to be changing. Latest figures for Britain show that smoking, drinking and drug use are declining among those aged 11-15; a pattern replicated for those aged 16-24 (see Figures 1 and 2). Comparable data (i.e., year on year measurement with consistent methods) for gambling don’t exist, though, since 2012, trends for young people aged 11-15 (monitored by the Gambling Commission, the British industry regulator) show remarkably stable patterns of engagement, with between 18%-16% of young people aged 11-15 having gambled in the past year.[1] Likewise, the latest gambling data for those aged 16-24 also show very stable patterns of participation, with well over half of those aged 16-24 having gambled in the past year.[2]

When we turn to look at how gambling compares to engagement in other risk behaviours, the differences are striking; young people are more likely to have gambled either in the past week or past year than engage in any other individual risk behaviours. This, perhaps, is unsurprising: the past 20 years have seen a number of high profile policy initiatives aimed at reducing engagement in smoking, drinking and drug use among young people. This includes Smoke Free legislation (introduced in 2007); the introduction of health warnings on cigarette packets (2009); raising the legal age of purchase of cigarettes to 18 (200x); the widespread introduction of ‘Prove It’ id cards (not needed when I was a teenager, when an ability to recite a ‘correct’ date of birth and argue with the barman would suffice!); widespread Challenge 21 and 25 campaigns (particularly around sale of alcohol) and prevention and education campaigns around drug use. However, some have argued that the change is also due to culture, with youth social cultures moving increasingly online and thus away from physical risk behaviour environments.[3]

Gambling in Britain, by contrast, has seen unparalleled growth and expansion amidst attempts to reposition it as a valid leisure activity.[4] The gambling industry has adopted and adapted to online social environments with gusto and there have been very few attempts, beyond age verification, to curtail young people’s interest in gambling.

Obviously, some may query whether we should be drawing parallels with tobacco, drugs and to a lesser extent alcohol, when we think about youth gambling. Tobacco can only be harmful to health; drug taking is illegal; alcohol can lead to serious harms to health. But so too can gambling, and these harms can be persistent and serious. It is an activity not without its own inherent risks and we should not be complacent about this.

Unlike other risk industries, the gambling industry in Britain has arguably unparalleled opportunities to promote itself and its products, using a range of strategies and new technologies. And as restrictions on other risk industries have increased, especially in relation to advertising, it is perhaps not surprising that gambling has filled a void; nine out of 20 premiership football teams in 2017/18 season have gambling companies as their primary shirt sponsor for example.

Yet, it’s arguably mobile gambling that gives the most cause for concern when it comes to youth gambling. Mobile devices such as smartphones are omnipresent in people’s lives and offer companies a way to connect with potential customers in an unprecedented way. Perhaps slow to adapt at first, the gambling industry is certainly starting to catch up and no doubt the pace will quicken now that Google Play has lifted its ban on gambling apps. They are starting to think differently about the types of opportunities mobile gambling offers – with ‘mobile first’ app development, gamification, personalisation, and marketing strategies all designed to increase what is described as ‘player acquisition’ and improve the lifetime value of a customer (i.e., ultimately, to make more money).

Many industry operators speak of learning from other online giants, like Spotify, Amazon or even the Trainline (a popular website for buying train tickets) for examples of how to better connect with customers and push their products. Push notifications to deliver offers, in-app messages to suggest content people might like, and complex network of affiliates to drive brand and product awareness are all key developments many in the industry are currently excited about. Learning from mega-brands about how they do it is to be expected but one has to realise that the commodity being upsold/cross-sold/pushed is not the same as a book, a music download, or train ticket. It’s a product which has an inherent level of risk, and for some, this kind of engagement can be harmful.

The latest figures from Britain showed that online gambling is now the largest sector of all gambling, accounting for 33% of all Gross Gambling Yield.[5] Mobile gambling represents a significant area for further growth. According to the Gambling Commission, 37% of online gamblers aged 18-24 used their mobile to gamble.[6] We know this group also have some of the highest rates of problem and at-risk gambling. That’s not to say that mobile phones have caused the problem, but rather that young people represent a group more vulnerable to problems and, as a group, more likely to engage in mobile gambling. Given this correspondence, there is good reason to think very carefully about the impact of this likely growth area.

In some respects, we’ve been here before – worrying about the impact of video-games, television or even pop/rock songs on the radio (think of the pirate radio stations run from the North Sea in the 1960’s). Young people will push boundaries and experiment with risk and we want them to do so; it’s part of growing up. But the difference is that when I first played a slot, no-one immediately suggested that because I’d played that game, I might enjoy this one or gave me an offer to get me back to the machine. And, this type of communication certainly wasn’t embedded within a device and environment that for some represents an extension of themselves. This gives good reason to be cautious – whilst accepting that young people are often much more savvy than we give them credit for (and this works both ways: any operator who thinks that age verification means no-one under 18 can access their website needs to speak with a colleague of mine about the various ways their son has circumvented the rules). Risk is a part of growing up. But in the UK at least, it is perhaps time for a deeper conversation about how gambling fits into the changing fabric of risk, experimentation and youth culture. 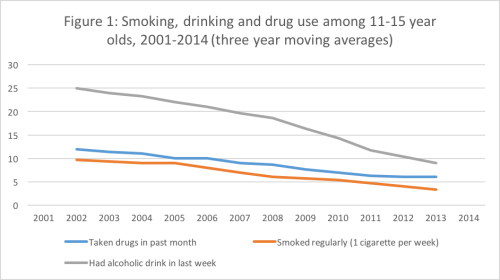 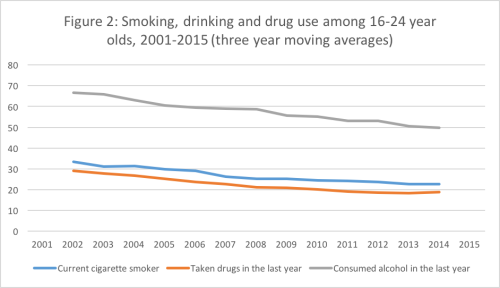 [4] The Gambling Act 2005 sought to reposition gambling as a valid leisure activity, with the then minister overseeing the legislation stating “In the future, well-informed adults will have greater freedom and choice to spend their leisure money on gambling if they want to. The law will, for the first time, treat them like grown ups. Outdated restrictions … will be removed and the industry will be able to develop innovative new products. Gambling will be increasingly combined with other leisure products in attractive surroundings providing high quality entertainment for adults.” Quoted in Light, R. (2007) The Gambling Act 2005: Regulatory Containment and Market Control. Modern Law Review, 70 (4): 626-653.

Posted at 09:22 AM in Op-Ed/Editorials, Special Series | Permalink