People who have either Alcohol Use Disorder (AUD) or Gambling Disorder (GD) have often been observed to be more impulsive than those who do not experience these conditions. One aspect of impulsivity in particular that people with AUD or GD might struggle with in their daily life is decision-making. The Iowa Gambling Task (IGT) is a test that researchers often use to test decision-making ability. This week, as part of our Special Series on Gambling Disorder, The DRAM reviews a study by Ildikó Kovács and her colleagues that summarizes what we know about the decision-making abilities of people with AUD and GD based on previous experiments.

Do people who have Gambling Disorder or Alcohol Use Disorder differ in their decision-making skills from those who don’t have these disorders?

The researchers conducted a meta-analysis of existing studies. They systematically searched various research databases for studies relevant to the topic at hand and identified 1198 articles. Reviewing these articles left them with 17 peer-reviewed studies that presented data on IGT scores for people with GD or AUD, and control groups without these disorders. They combined data from all of these studies and conducted a random-effects model to calculate the overall effect size of the difference in IGT scores between the control group and the GD or AUD group.

The AUD groups did indeed perform worse on the IGT than controls. Interestingly, the GD groups performed even more poorly on the IGT than the AUD group. This strongly suggests that impaired decision-making is a feature of both Alcohol Use Disorder and Gambling Disorder. 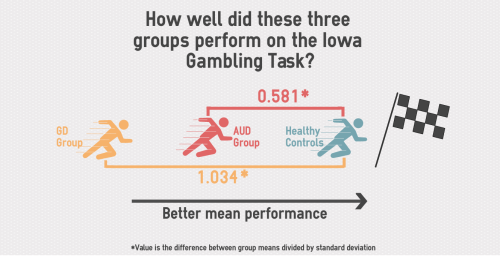 Figure 1. The relative performance of each group on the IGT (adapted from Kovács, Richman, Janka, Maraz, & Andó, 2017). Click image to enlarge

Understanding common cognitive deficits in GD and AUD points out what areas might be hampering recovery for people in treatment for these disorders. Impaired decision-making makes it harder for an individual to weigh short-term benefits against long-term losses. For example, if offered a drink or the chance to gamble, it might be harder for a person with poor decision-making to consider the consequences of their choices (e.g., being hungover at work the next day; losing the money meant for monthly rent) before they decide. To that end, we can experiment with treatment options that improve the decision-making skills of people with GD and AUD to see if this would improve treatment outcomes.

Furthermore, these findings, in line with the Syndrome Model of Addiction, suggest that issues with decision-making are a common feature to at least two different expressions of addiction. The impairments in decision-making are probably not caused solely by ingesting alcohol or another substance, because people experiencing a form of addiction that doesn’t involve ingesting substances show it too.

The meta-analysis does not address whether or not the deficits in decision-making observed in people with AUD or GD were present before the onset of their addiction symptoms. Faulty decision-making could either be an underlying trait that predisposes a person to addiction, or it could be a result of the experience of addiction.

Your First Step to Change is a free self-help resource for those concerned about their gambling, drinking, or other behaviors.