Editor’s Note:  This editorial was written by Michael Botticelli as part of our Special Series on Stigma and Addiction. 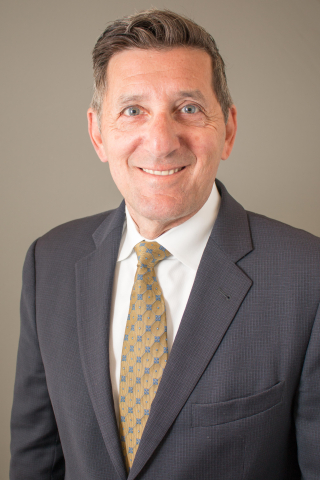 There may be no more dangerous contributor to the current opioid epidemic than stigma. Stigma is the lack of respect for a person or a group of people because they have done something or have traits of which society disapproves. And stigma isn’t just an abstract concept – it’s present every day in how society perceives people with a substance use disorder (SUD). People with a SUD are referred to as addicts, junkies and worse. When we call people things like 'addict' or 'junkies,' not only are they incredibly judgmental words, but they also pigeonhole someone's entire being to that one characteristic.

And I have my own experience with stigma. As someone who’s been in recovery for 30 years, I still experience it. When President Obama chose me as the next Director of the Office of National Drug Policy (ONDCP) in 2014, one staffer said that because of my addiction history, there was no way I would be confirmed by the Senate. And this was for a job where knowledge around addiction and substance use disorder is essential. Ultimately, I was confirmed, and my background was essential in communicating our mission to many of the individuals and groups I met with.

It’s clear that the impact of stigma isn’t just personal. Clinical outcomes and public policy are held hostage by stigma and fear. Negative and stigmatizing attitudes from clinicians lead to the under-treatment of patients with substance use disorders and a reticence among patients to share important information about their substance use for fear of judgment and retribution. Certainly, general public attitudes contribute to these opinions among medical professionals but are also compounded by a lack of dedicated and specific training for clinical staff as part of routine medical education and clinical preparation.

In one study, Dr. John Kelly of the Recovery Research Institute gave nearly identical patient vignettes to doctoral level mental health clinicians. Using the term “substance abuser” was shown to cause clinicians to assign blame and to agree with a punishment for the patient, more so than when the term “substance use disorder” was used. The use of the terms “clean” and “dirty” still pervade references to whether or not someone is in recovery or reference to a drug toxicology screen. Many within the recovery community still refer to their “clean time,” even as these folks bear a special responsibility to convey appropriate language.

Furthermore, the language we use reflects our belief system. While the neurobiology of addiction has clearly demonstrated the validity of the disease approach to substance use disorder, the language used to describe both the condition and those affected remain rooted in our belief that people with a substance use disorder are somehow morally flawed. For decades, the public at large has viewed, and continues to view, addiction as simply a matter of individual choice. This view is largely driven by a lack of scientific understanding of the genetic, environmental, and neurobiological aspects of substance use disorders and addiction. Language is perpetuated by the general public, by the media, by the medical community, and even among those in the recovery community. Historically, we have used language to isolate and to treat those affected in a less than compassionate and therapeutic way.

At ONDCP, in January 2017, we issued guidance to all federal agencies encouraging them to use only clinically appropriate language on their websites, documents and other public facing communications. Later in 2017, The AP Stylebook, which provides guidance to journalists seeking to use precise language, discouraged the use of works like “junkie”, “addict”, “abuser” and encouraged reporters to replace these words with phrase like “he was addicted’ or a “person with a substance use disorder.” These changes reflect a movement toward person-centered language similar to that of other disabilities. Changing this language is not just a polite thing to do. As is clear, the words we use have a dramatic impact on both clinical care and about how medical professionals actually see and treat people with addiction.

As is often the case with stigmatized diseases, those affected by substance use disorder internalize those beliefs. This “self-stigma” becomes a major determinant in why those with a substance use disorder delay seeking care, or avoid care all together. Self-stigma also substantially contributes to a profound sense of isolation and loneliness – which can further exacerbate the disease leading to potentially fatal consequences. The 2016 National Survey on Drug Use and Health asked respondents to cite the reasons why they did not seek out treatment even though they knew that they had a substance use disorder and needed treatment. Twenty-five percent of respondents said that fear of negative opinions among neighbors and friends and their employer were significant barriers to seeking care. These people recognized that they needed treatment, but the stigma was strong enough to prevent them from even looking for it.

One cannot minimize the role that stigma continues to play in thwarting evidenced-based, compassionate public policy. This will only change through concerted efforts to reform our language, reform our images and portrayals of those affected by addiction, and appropriately share sympathetic personal narratives. Eliminating stigma is crucial as public health and health care professionals promote ways to get more individuals with substance use disorder into treatment. Addressing stigma will also address the way we develop public policy, like access to insurance coverage, or the traditional law enforcement approach to addiction such as incarceration rather than diversion to treatment. To reduce the morbidity and mortality of the current opioid crisis, everyone can make a difference by working to reduce stigma and its consequences.

Michael Botticelli is the Executive Director of the Grayken Center for Addiction at Boston Medical Center and a former Distinguished Policy Scholar at the Johns Hopkins Bloomberg School of Public Health.

Mr. Botticelli has more than two decades of experience supporting Americans affected by substance use disorders. Prior to joining ONDCP, he served as Director of the Bureau of Substance Abuse Services at the Massachusetts Department of Public Health, where he successfully expanded innovative and nationally recognized prevention, intervention, treatment, and recovery services for the Commonwealth of Massachusetts. He also forged strong partnerships with local, state, and federal law enforcement agencies; state and local health and human service agencies; and stakeholder groups to guide and implement evidence-based programs.

Mr. Botticelli holds a Bachelor of Arts degree from Siena College and a Master of Education degree from St. Lawrence University. He is also in long-term recovery from a substance use disorder, celebrating more than 30 years of recovery.

Posted at 07:00 AM in Op-Ed/Editorials, Special Series | Permalink