« STASH, Vol. 16(6) - Extended-release naltrexone to treat opioid relapse: Positive outcomes in vulnerable populations | Main | The WAGER, Vol. 25(6) - Which came first, the chicken or the egg? The temporal relationship of substance use and problem gambling among African American and White Adolescents and Young Adults »

‘Uncomfortable’ is Not Enough: Integrating Anti-racism within Addiction Treatment

Editor’s note: The following op-ed was prepared by Sara Matsuzaka, PhD, and Margaret Knapp, LMSW as part of our Special Series on Race and Addiction. 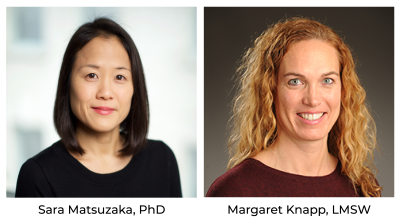 We created the publication, “Anti-Racism and Substance Use Treatment: Addiction Doesn’t Discriminate, But, Do We?” from positions of privilege.1 Between us, we have more than a handful of post-secondary degrees and experience the benefits of White or Asian American cisgender able-bodied privilege. In other words, we recognize the impact of our socialization within the insidious racist socio-cultural discourses, policies, and practices of the United States (U.S.). Furthermore, we acknowledge our active contributions to axes of oppression (i.e., higher education, healthcare) that continue to privilege White identities (Feagin & Bennefield, 2014).

Institutionalized racism seeps within the culture, practices, and policies of addiction treatment facilities. For example, when the concept of “colorblindness,” or the minimization of the presence and impact of racism (Neville, Spanierman, & Doan, 2006), is espoused by management, it creates massive clinical blind spots to assessing for the impact of racist exposures on a POC’s substance misuse patterns. Front desk, other administrative, and janitorial positions are disproportionately filled by POC, while POC are underrepresented among counselors and management. Particularly among private addiction treatment organizations, the prioritization of clients is quietly ranked by insurance status, which disproportionately negatively impacts POC who are less likely to have employer-based private health insurance (Barnett & Vornovitsky, 2016; Roman, Ducharme, & Knudsen, 2006). We are mistaken if we believe that our clients do not see and internalize these displays of institutionalized racism.

Furthermore, this system enables and exacerbates providers’ racist biases that lead to behaviors that intentionally (or unknowingly) penalize people based on race. For example, racist biases depict POC as developing substance misuse problems based on personal deficits (e.g., irresponsibility), compared to White people engaging in substance misuse based on contextual influences (e.g., socio-environmental influences or mental health). The negative impact of these biases is most evidenced by the harsher criminal punishments given for crack cocaine possession compared to cocaine possession (Kerrison, 2017; Netherland & Hanson, 2016).

Let’s consider an example of a client presenting with stimulant misuse and drug possession charges who is court-mandated to outpatient addiction treatment. Imagine that this person is a White male (pronouns: he/him/his). What implicit conceptions do you have of his stimulant use patterns and his legal history? Would you assume that he uses cocaine, Adderall, or, perhaps, crack cocaine? How, where, and why might you assume that he engages in stimulant use? How do you assume that he obtains the money to pay for the stimulants?

Alternatively, imagine that this person is Black…do your answers change?

I once asked these questions to a colleague. To paraphrase, he responded that he’d imagine the White male client “…used cocaine here and there when he drank after work. He probably works on Wall Street or something and just got caught at the wrong place, at the wrong time.” When I asked if his responses would differ if the client was a Black male, he drew silent, and nervously laughed. Little did he know that his silence was the greatest danger. For between the silence and the laughter was his discomfort at the recognition of his own racial biases.

A commonly-held belief within recovery communities is that discomfort is a sign that growth is occurring. However, for growth to occur, there has to be action preceded by willingness to change. Ibram Kendi, a leading scholar on anti-racism, has defined racism as, “One who is supporting a racist policy through their actions or inaction or expressing a racist idea” (Kendi, 2019). For those of us who have worked in addiction treatment settings and witnessed racial inequities in treatment accessibility, quality, and outcomes among Black and Latinx people relative to White people (Marsh, Cao, Guerrero, & Shin, 2009; Mennis & Stahler, 2016), to be complicit in this observation is to support institutionalized racism. It is not enough to feel uncomfortable. We must work to dismantle racism at multiple levels (i.e., internalized, interpersonal, systemic) and within multiple systems (i.e., healthcare, education, employment) to release its suffocating grip on the addiction treatment industry and its clients.

Addiction treatment organizations can integrate anti-racism by critically examining and eradicating policies and procedures that implicitly or explicitly stigmatize, marginalize, or discriminate on the basis of race/ethnicity. Addiction treatment organizations are recommended to adopt anti-racist policies and procedures that: (1) prohibit microaggression, discrimination, and violence on the basis of race; (2) disrupt patterns of racial hierarchy by promoting greater racial equity in employee hiring and retention practices; (3) mandate anti-racism trainings among all staff; (4) build partnerships with community organizations that support POC; (5) conduct a racial power analysis to understand the dynamics of institutional racism within the organization; (6) establish a confidential and clearly-defined procedure for clients and employees to safely report racial discrimination, and ensure that everyone is informed on the procedure.

The title of our publication poses a question, “In addiction treatment, do we discriminate based on racial/ethnic identity?” Data suggest, yes. How uncomfortable does this make you? What are you willing to do about it?

[1] Readers who would like a copy of this work are welcome to request one from the authors: smatsuzaka@fordham.edu and mknapp3@fordham.edu.

Dr. Sara Matsuzaka is a licensed clinical social worker and scholar. She received a BA from Tufts University, an MSW from Florida Atlantic University, and a PhD in Social Work from Fordham University. As a clinician, she has worked in a variety of addiction and mental health treatment settings in New York and Florida. Currently, she has a private practice in New York City. As an academic, her research examines the relationships between multi-level oppression, intersectionality, and addiction and mental health inequities within the LGBTQ+ population.

Margaret (Meg) Knapp is a Doctoral Candidate and Adjunct Faculty at the Fordham University Graduate School of Social Service. Her research involves working with older White adults who desire to engage in addressing racism. Meg has been involved in anti-racist work since her late teens, when she first learned about environmental racism and that people of color are more likely to live in a polluted environment than people who are white. This is also when she learned of her childhood friend’s struggles growing up as a Person of Color in a majority White Connecticut beach town. In 2016, Meg served on the President’s Diversity Task Force at Fordham University, producing a report on the racial climate and making recommendations to Father McShane, Fordham President. In addition, from 2014-2018 Meg served as a co-founder and faculty advisor for a graduate student group at the Fordham Graduate School of Social Service called Racial Awareness Collective for Everyone (RACE). The group worked with the administration in creating dialogue with students and faculty about raising awareness on issues faced by students, faculty, and administration of Color. Furthermore, in 2014, Meg began working with the International Multi Racial Shared Cultural Organization, supervising graduate-level social work students in organizing and facilitating free educational events that are open to the public for dialogue to occur on addressing racism, networking, and creating social change.

Neither Dr. Matsuzaka nor Ms. Knapp were compensated for preparing this op-ed.

Posted at 10:18 AM in Op-Ed/Editorials, Special Series | Permalink