« The WAGER, Vol. 25(6) - Which came first, the chicken or the egg? The temporal relationship of substance use and problem gambling among African American and White Adolescents and Young Adults | Main | The DRAM, Vol. 16(7) - What is the role of racism in the development of alcohol problems among African American young adults? »

No Justice, No Peace: Racism Is A Public Health Issue

Editor’s note: The following editorial was prepared by Vanessa Graham, Manager of Grants and Resource Development at the Division on Addiction. This editorial is part of our Special Series on Race and Addiction. 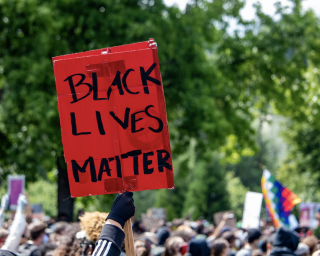 During recent weeks, people protesting institutionalized racism and police brutality have flooded cities across the United States. Protesters are rightfully outraged--Black and other People of Color have not earned the systemic exclusion they face every day, much like white people have done nothing to earn their privileged status.

Unfortunately, generation after generation of communities of color bare the burden of justice disparities. Black Americans’ disproportionate criminal justice involvement obviously isn’t because of some elusive biological difference among races, as proponents of eugenics and craniometry in the Progressive Era argued to justify maintaining an enslaved population (Dent, & Wallance, 1992). It’s because the United States has used the legal system to institutionalize racism for 400 years--African and Native American slavery by early settlers (Warren, 2016); lynchings and convict leasing in the Reconstruction Era (Graff, 2016); segregation and disenfrancishment of the Jim Crow era; Stop & Frisk’s normalization of race as probable cause (Goel, Rao, & Shroff, 2016; Camper, & Fechter, 2019); and financial incentives for mass incarceration (Fornili, 2018). Policies such as these manifest so-called Law & Order, which deliberately targets Black and other People of Color (Brown, 2017).

Similarly, the decades-long War on Drugs waged “war on individuals who experience a treatable medical condition and on the communities in which they reside” (Fornili, 2018). It has exploited mental health and addiction stigma, and criminalized Black and other People of Color who use drugs (Walker, & Mazuk, 2018; Netherland, & Hansen, 2017; Lehman, Hammond, & Agyemang, 2018). More than 20 years after President Nixon’s aide shrugged as he told the press that he helped design the War on Drugs to criminalize Black people (and hippies) (Baum, 2016), drug addiction among Black individuals is still discussed as just another dysfunction of Black American life. Meanwhile, a few neighborhoods away, white people addicted to prescription and even recreational opioids enjoy the privilege of being treated like patients (Hart & Hart, 2019; Benjamin, 2017). The reality is that everyone experiencing addiction should be treated as patients and not as criminals, regardless of skin color or income bracket.

Just as racism pervades Black peoples’ experiences with law enforcement, it pervades their experiences with the healthcare system. In 1992, two physicians called for “organized medicine, which has either fought against black health interests or based health policy on its own needs at every opportunity since its beginnings” to “formulate policies affording access to high-quality health care for all citizens” (Byrd, & Clayton, 1992). Since then, the United States has invested resources in research and government mandates to improve health inequity, with varying levels of success. The expansions of Medicaid in the 1980s and 1990s resulted in reduced hospitalizations for children aged 8 - 14 with chronic conditions (Wheery, Miller, Kaester, & Meyer, 2018). The Patient Protection and Affordable Care Act that expanded Medicaid was expected to dramatically reduce health disparities, yet even with increased mental health treatment, racial/ethnic mental health disparities persisted (Creedon, & Lê Cook, 2016). The Obama Administration's Affordable Care Act of 2010 hugely expanded health coverage, yet it is not remotely safe from repeal.

Although policies such as these may be well intentioned, the change they offer isn’t systemic. They don’t fill in the holes of the generational trauma (Comas-Díaz, 2016), chronic illness (Corvin, Chan, Aguado, Dollman, & Gonzales, 2020), police brutality, and mass incarceration (Wildeman, & Wang, 2017) that has wiped out entire families and communities of color (Bor et al., 2018). The justice and health disparities persist. White people continue to outlive Black and Hispanic people. Black people have a higher death rate from kidney disease, hypertension, diabetes, septicemia, stroke, and heart disease (Xu, Murphy, Kochanek, & Arias, 2020). Black and Hispanic people are less likely to complete addiction treatment, compared to whites (Kilaru, et al., 2020). We need to do better. Justice for George Floyd. Justice for Breonna Taylor. Justice for Ahmaud Arbery and Trayvon Martin, and so many others. No Justice, No Peace.

The Division on Addiction currently receives funding from the Addiction Treatment Center of New England via SAMHSA; The Foundation for Advancing Alcohol Responsibility (FAAR); DraftKings; the Gavin Foundation via the Substance Abuse and Mental Health Services Administration (SAMHSA); GVC Holdings, PLC; The Healing Lodge of the Seven Nations via the Indian Health Service with funds approved by the National Institute of General Medical Sciences, National Institutes of Health; The Integrated Centre on Addiction Prevention and Treatment of the Tung Wah Group of Hospitals, Hong Kong; St. Francis House via the Massachusetts Department of Public Health Bureau of Substance Addiction Services; and the University of Nevada, Las Vegas via MGM Resorts International.

Posted at 09:24 AM in Op-Ed/Editorials, Special Series | Permalink