« The DRAM, Vol. 16(8) - Red Bull and vodka?: How alcohol-energy drink combinations influence aggression in bars | Main | ASHES, Vol. 16(8) - All the cool kids are doing it: The relationship between ADHD symptoms, tobacco use and social perceptions of tobacco use during the transition to college »

Addiction & the Humanities - Does Netflix have a smoking problem? 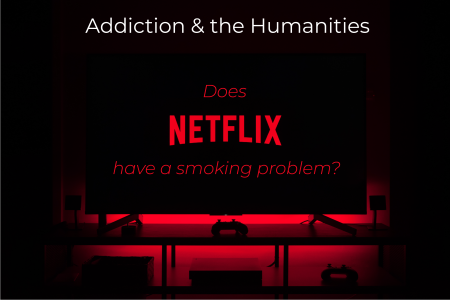 Today, most parents would balk at the idea of exposing their children to the late 20th century cartoon Joe Camel - a character inextricably tied to big tobacco and their not-so-subtle attempts to push their products on children. While Mr. Camel was dropped by R. J. Reynolds Tobacco Company in 1997, tobacco has maintained a robust presence in contemporary television and movies - even in media aimed at children. This may pose a serious public health concern as tobacco depictions in the media have a serious effect on later smoking behavior. In active smokers, there is a direct link between viewing smoking scenes and immediate subsequent smoking behavior. There’s also very strong evidence that smoking depictions encourage smoking initiation in adolescents. The connection is undeniable.

Netflix’s #1 show Stranger Things, lauded for its ability to entertain viewers of all ages, has recently come under serious scrutiny for also being #1 in frequency of tobacco depictions. A recent study by the Truth Initiative found that the show had 182 tobacco depictions in its first season and 262 depictions in its second season, with 100% of the episodes having at least one tobacco depiction. The number of tobacco depictions is not the only problem - so, too, is their nature. Many of the show's integral characters are shown chain-smoking cigarettes throughout the show: the heroic and gruff police chief, Jim Hopper; the bad-boy bully, Billy Hargrove; and the caring mother, Joyce Byers, who smokes when she is stressed - and she is almost always stressed. All of these characters have desirable traits and many young viewers might see cigarettes as a way to be more like these characters.

Interestingly, the actors don’t smoke the film-industry standard herbal cigarettes. Instead, they opted to use real Marlboro Reds. In an interview with Vanity Fair, Dacre Montgomery, who plays the perpetually puffing Billy, indicates that the choice to use real cigarettes was thought-out and intentional. Montgomery asserts, “the smoke [from real cigarettes] plays so much thicker on screen.” This choice accentuates the creators’ intention to provide the viewers with a real visceral smoking experience. An integral aspect of the show’s charm comes from its ability to evoke 80s nostalgia. Yes, it's true that cigarettes were much more popular in the 80s. But is historical accuracy really all that important in a show where a boy is pulled into an alternate reality by a mind controlling giant shadow monster?

While it’s easy to single out Netflix’s #1 show, it’s certainly not the only show with a problem. In fact, it appears that the streaming service in general has a serious problem with depicting smoking. Recently, the Truth Initiative released a study that showed that in 2017, the most popular Netflix programs showed 866 tobacco depictions, while the most popular broadcast/cable television showed 343. And both showed a large increase from the year before (when there were 299 and 139 depictions, respectively). What’s especially worrisome is that within this same time period there was a 379% increase in tobacco depictions in children’s programming. 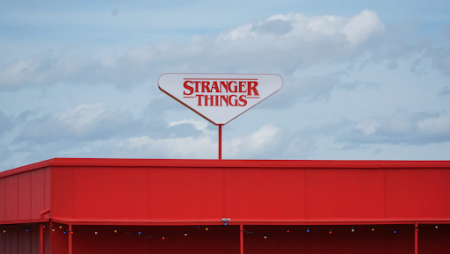 There have, however, been hints of progress. Just days after the Season 3 release of Stranger Things in July 2019, Netflix pledged to significantly decrease the frequency of on-screen depictions of tobacco use in response to outcries from anti-smoking organizations. A Netflix spokesperson said all future content rated TV-14 (for television) or PG-13 (for movies) will not include tobacco use except for “reasons of historical or factual accuracy.” Given the inherent popularity of smoking during the 80s and in the preceding decades, there’s a reason to be skeptical of this response. Going forward, it’s important for researchers, the lay public and particularly the policy makers who create the rating system to remain aware of this and hold streaming services (now much more popular than cable for young adults and Gen Z) accountable for these promised changes. Additionally, tobacco depictions - both the frequency and the quality - should be considered when both television programs and movies are rated. This still isn’t the case!

Posted at 07:45 AM in Addiction & the Humanities | Permalink

While different brands of cigarettes appear and alcoholic drinks are mostly poured from non-marked decanters, this doesn't mean Netflix is not paid for their appearance. It only means they're not paid by Brand X or Y. There's still a strong possibility Netflix is paid by overarching booze and tobacco entities. Why does nobody mention this?

My son and I watched season 1 of stranger things together and 1 week later i caught him smoking. Link perhaps?