Addiction & the Humanities - The portrayal of Gambling Disorder in Uncut Gems 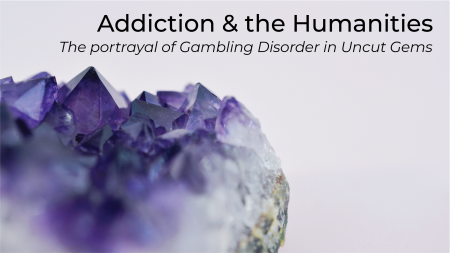 Gambling Disorder impacts millions of people each year. Nevertheless, the majority of individuals with Gambling Disorder do not seek treatment. Complicating this situation, many people blame the player for their gambling problems. To illustrate, a recent U.S. national survey found that over 50% of people felt it was likely that being a problem gambler indicates a moral weakness, and 78% attributed the disorder to a lack of willpower. With gambling-related problems impacting so many people and a general lack of knowledge among the public about the reality of Gambling Disorder, it is important that the media and press portray Gambling Disorder accurately.

The 2019 film Uncut Gems does just that -- it provides a relatively accurate portrayal of what gambling addiction might look like for a gambler. This movie focuses on Howard, a jewelry dealer in New York City, played by Adam Sandler. The film follows Howard as he attempts to sell an opal to pay off a $100,000 gambling debt. Despite his efforts, Howard runs into a variety of gambling-related issues that complicate his intentions and efforts. 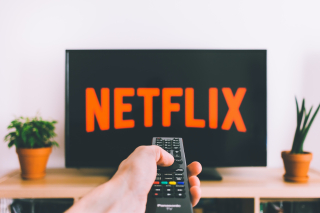 Howard displays several signs of Gambling Disorder throughout the movie. His gambling takes a strain on his marriage -- he and his wife even have plans to separate within the year. (His ongoing affair doesn’t help.) Howard conceals the extent of his gambling problems from his wife, relies on his father-in-law’s assistance to help him win back money at an auction, and is constantly preoccupied with how he can make more money so that he can gamble to climb out of debt. Gambling to get out of gambling debt is a common gambling-related problem.

Though the film highlights several signs of Gambling Disorder, it is important to know that this film portrays only one of the many possible manifestations of Gambling Disorder. Although Howard remains high energy and largely positive throughout the film, feeding off the energy from placing bets, this hyperactive pattern is not how all people with gambling problems act. Some use their gambling as a means of escape from reality and their everyday lives. Some gamble to escape depression and loneliness. Howard makes high stakes bets with low probabilities of winning, but high stakes bets like these are not necessarily a marker of Gambling Disorder. An individual with Gambling Disorder could prefer any form of gambling, high stakes or low stakes, such as slot machines, scratch tickets or poker.

Despite the relatively accurate portrayal of Gambling Disorder, Howard’s displays of immoral behavior throughout the film, like cheating on his wife and manipulating his customers, might encourage viewers to stereotype people with gambling problems as immoral or criminal. For example, an article in Forbes described Howard: “He should be able to pay. Except he gambles. He indulges. His irresponsible side prevents him from clearing his debt.” The Forbes article continues, “It’s the height of irresponsibility. But it is thrilling. We would never do such a thing. Yet it’s fantastic to see what happens when Howard does it.” Because Howard acts immorally throughout the film, a reader might think that his gambling represents immorality too. 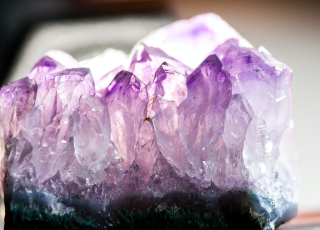 It is especially likely that viewers will perceive Howard’s actions this way because the viewers are only privy to Howard’s already well-developed pattern of gambling. Howard’s gambling was initially a behavior pattern that he was choosing, one that was under his control, but, over time, his gambling transitioned from being a choice to an addiction with its inherent loss of control. This gambling progression from choice to addiction occurs “before” the movie takes place, making it more difficult for viewers to understand how he could place some of the bets that we see in the film. We need to be careful that, when discussing Howard’s character as a whole, we understand that his life choices are a function of his progressing addiction; we need to recognize and separate his moral failings from his gambling behavior.

Overall, it is great to have a popular movie that features a main character with Gambling Disorder that portrays several of the signs and symptoms of this disorder. However, it also is important for viewers to remember that this is just one example of gambling addiction and that Howard’s gambling behaviors are influenced by addiction. Reviewers of this film, or any other, that highlight gambling-related problems should remember to keep character judgments and assessments of other immoral behaviors separate from the gambling. It is essential that we do not purposefully or inadvertently shift the message back to an outdated view of Gambling Disorder as a moral problem by using terms that shame and stigmatize the gambler. Media is a powerful tool that, when used correctly, can help people understand gambling as an addiction, and more broadly as a treatable health condition.

Posted at 10:14 AM in Addiction & the Humanities | Permalink

Alessandra, great assessment of the movie and its portrayal of a gambling disorder. One more example where the movie shows a very rare feature of the disorder: Howard's demise.

Excellent article and excellent movie. It is really unfortunate the belief of what causes a gambling disorder. We seem to be at where we were at decades and decades ago with substances. It is really unfortunate the stigma and self stigmatization this creates, drives people further away from getting help. I do not have the answers but my hope is for folks to start to realize that this is an addiction and not caused by being weak or lacking will power. We seem to be preaching to the choir about this disorder. How do we get some of the 78% of the population to step back from their beliefs. Walk in the shoes of a person with a problem with gambling. My guess is they have a number of people around them suffering in silence due to this belief and driving these individuals further away from getting help.