« The DRAM, Vol. 17(2) - How much do romantic partners influence each other’s alcohol use? | Main | ASHES, Vol. 17(2) – The digital divide: Racial/ethnic differences in utilization of web-based tobacco cessation services »

The Limitations of Context Neutral Prevention, Treatment and Recovery 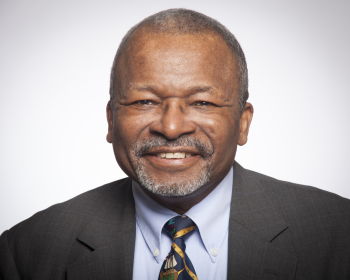 Black patients come to substance use disorder (SUD) treatment with a spectrum of experiences that traditional paradigms of medical intervention often do not address. I have found that unitary concepts such as abstinence, harm reduction, dependence, and even drug use are inadequate constructs in the lives of Black patients seeking SUD treatment in any context. Based on my experience in research and in public policy, it is obvious that Black voices in the clinic make a difference and are necessary to inform SUD treatment for Black people in America.

Although there are many issues I could discuss from a social justice, diversity, equity, and inclusion perspective, I will focus on three issues: (1) efforts to develop applied clinical strategies that benefit, inter alia, Black patients, (2) the funding of programs targeted at reducing the prolonged effects of Mass Incarceration of Black people for substance use related offenses, and (3) inadequate efforts to ensure grant funded programs reach Black people in need of care.

While working as a clinician and researcher at the San Francisco Veteran Hospital in the late 1980’s and early 1990’s, I found that the experiences of Black male combat veterans suffering from PTSD were compounded by a process that did not address the centrality of race to their situation. Black Vietnam era veterans were often denied compensation for their service-connected PTSD. As a result of their PTSD, these veterans had their symptoms of irritability and aggression mischaracterized by their environment, especially when interacting with white clinicians. I found that Black veterans with PTSD had a difficult time with the VA process, reawakening experiences of racism suffered during military service and in civilian life. The anger and irritability that are common diagnostic features with PTSD were perceived as tendency towards violence and aggressiveness, the so-called angry Black male trope. In addition, their use of psychoactive substances was seen as exclusive and primary, rendering them ineligible for compensation for their service-connected mental health injury. Consequently, because of both their PTSD and their substance use, many Black veterans were alienated from their families, especially their children.

In the clinical context, I was presented with patients who also met criteria for an SUD. However, race was inextricably tied to access and the perceived legitimacy of the comorbidity experienced by Black veterans.

While leading a unit that dealt with PTSD and SUD, I set out to do three things: make sure that veterans suffering from PTSD (1) received treatment, (2) had comprehensive evaluations that would survive the scrutiny of the compensation and pension process, and (3) develop an anger management protocol that would help rein in the symptoms of PTSD that interfered with patient functioning. As a Black clinician, I realized that clinical advocacy was a part of my responsibility.

Black veterans were being denied disability benefits for their PTSD due to a lack of access to adequate evaluations. As a result, they were impoverished, often unable to support their families, and often homeless. They were not eligible for VA compensation or social security disability benefits. Thus, their clinical experiences were complicated by lack of income, poor nutrition, and lack of stable housing.

Although it was not a part of my job and I had no direct influence over the benefit process, I could help my patients navigate that process. In a crude form of contingency management, I created a treatment contract with my patients: “Give me 6 months of participation with toxicology screens and participation, and if I concluded that the whole of the clinical picture supported a diagnosis of PTSD, I would provide you with a forensic evaluation that would help convince disability evaluators.” With documentation of both abstinence and PTSD symptom persistence in the medical record, Black veterans under my care were able to establish the medical basis for their disability claims, transforming form into substance.

During their treatment, while many were able to remain free from drugs or alcohol, anger and irritability remained a problem with interacting with their families, clinicians, and the larger society. Working with a Black psychologist, Dr. Patrick Reilly, we developed an evidence-based anger management protocol. Although this tool was not a panacea, it helped patients with coping strategies. As an added benefit, it assisted our male patients in their interactions with their domestic partners, as many had issues associated with domestic violence.

As the Director of the Federal Center for Substance Abuse Treatment (CSAT), one of my first initiatives was an effort to seal the criminal records of those convicted of a nonviolent drug offense associated with their drug use. These convictions often permanently locked these individuals out of many opportunities of society. I believed that this initiative would help address the inequities Blacks experienced in the post-confinement period. Unfortunately, I found no state public authorities interested in enfranchising those with nonviolent felony drug convictions associated with drug use who had served their time incarcerated, despite the fact that while I was there CSAT made available $10 million for grants to pursue this issue. This was a great disappointment, because it meant that I could not adequately address a major source of social disruption confronting the Black community.

While at CSAT, I promoted the use of data and process evaluations to assess the impact of the grants that we funded. One of the unfortunate things I discovered was the low number of Black patients being treated by federally funds. Even the Minority AIDS Initiative failed to target sufficient numbers of Black patients. In other words, white patients benefited more from programs targeted to Black patients than Black patients. Policies that blindly focused the numbers of patients served, failed to assist community-based programs in the Black community to submit administratively competitive proposals.

To understand substance use independent of the construction of race or the context of poverty means that we fail as clinicians, researchers, and policy makers to address the entirety of the experiences of Black patients we seek to serve. We often miss the intersection of substance use with other social determinants of health by favoring instrumental unidimensional biological approaches to prevention, treatment, and recovery. Diversity, equity, and inclusion fail without this important context.

Funding Statement
In writing this editorial, I have no conflicts of interest to disclose that could be influenced by considerations of personal gain, financial or otherwise.

Posted at 11:09 AM in Op-Ed/Editorials, Special Series | Permalink

Having worked in the Behavioral Health field for over two decades this article is the most insightful that I've read when it comes to working with Black Americans. It's in the last paragraph, "We often miss the intersection of substance use with other social determinants of health by favoring instrumental unidimensional biological approaches to prevention, treatment, and recovery. Diversity, equity, and inclusion fail without this important context" where I believe the hope lies. It's past time and we can do better.