The Old Adage, “Addiction Does Not Discriminate,” Appears to be a Myth

Editor’s note: The following op-ed was prepared by Dr. William Cloud, PhD, MSSW, Professor at the Graduate School of Social Work at University of Denver. This op-ed is part of our Black History Month Special Series. 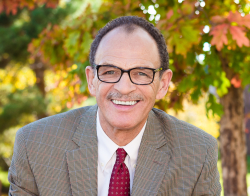 Born out of the vision of African American scholars and leaders in the 1920s, the second week of February began to take root as Negro History Week. Through a joint resolution of Congress sixty years later, the entire month of February from that day forward became designated as Black History Month. Essentially, the proclamation recognized the range of significant achievements by African Americans but also acknowledged that the struggle for freedom and equality for many would continue to be an ongoing process. Fast forward to February of 2021, with a year of the historic COVID-19 pandemic ravaging nearly all aspects of everyday American life, inequality for African Americans suddenly became amplified. Be it inequality related to COVID testing, vaccines, death rate, or the hardships the pandemic has placed on African American communities, the structural inequalities and uneven distribution of resources that continue to beset these communities appeared in sharp relief.

Many have yet to fully appreciate the sheer breadth and depth of medical inequality, including vulnerability to, as well as access to treatment for, various life-threatening diseases, for the African American community. To the contrary, public awareness health and prevention campaigns continue to proclaim that various life-threatening illnesses (with some exceptions such as sickle cell) are “color blind.” In the addiction field, the expression, “addiction does not discriminate,” reflects this well-intended claim.

Whereas these campaigns and non-discriminatory sentiments serve an important public awareness purpose, they could be inadvertently conveying to the public that the destructive impact that drug problems create across various communities, regardless of the demographics of those communities, are equal; and, that terminating substance use disorders (SUDs) is equally difficult for all. However, just as structural inequality and uneven access to resources have resulted in huge disparities in access to treatment for life-threatening illnesses, so too have these structural inequalities resulted in uneven access to resources that can facilitate and sustain recovery efforts by many within African Americans communities.

“Recovery capital” is the term that has become known by a growing number of substance abuse scholars and treatment facilities as the concept that best captures these types of resources. The construct emerged from several studies that Dr. Robert Granfield and I conducted during the 1990s. Two of these studies included in-depth interviews with scores of participants from a wide variety of backgrounds who had overcome SUDs, without the aid of formal treatment or participation in self-help groups. A third study included only African Americans who had undergone treatment at a neighborhood inpatient treatment complex in a large urban center. Weeks of carefully scouring through the data from these studies revealed that those who had been successful in their recovery attempts were able to draw upon a range of personal, social, and physical resources during that process. They had sufficient recovery capital. Conversely, those whose stable outlooks were less firm (though they were all abstinent at the time of the interviews) possessed far fewer of these types of assets.

The majority of the group whose prospects for lasting recovery were tenuous included a disproportionate number of African Americans who resided in at-risk poor neighborhoods. For many of these study participants, simply returning home upon completing treatment was perceived by them to be a major risk factor. When asked about reaching out to their non-using friends for emotional support upon returning home, a surprising number of them stated that they actually had none. Many within this group also felt that their limited education, job skills, and work histories as well as their criminal records would be major barriers for actually “turning their lives around.” Dr. Scott Nolan, Director of the Addiction and Health Equities Program in Baltimore, has pointed out that access to stable housing, private or public health insurance, and access to transportation, along with stigma and bias are also key barriers to successfully terminating a SUD among many African Americans.

Those of us who have lived in these neighborhoods or are, otherwise, intimately familiar with them, are likely aware of the enormous hurdles many African Americans face (particularly young adult males) when trying to disentangle themselves from the circumstances that support their drug use. We have also probably observed that the outlook becomes even bleaker for those with SUDs who have also become ensnared in the criminal justice system. Even when their drug and criminal histories qualify them for diversion programs, access is unequal and incarceration much more likely before completing these programs than their white counterparts. When social exclusion and discrimination are added to the mix, it should be no surprise that many African Americans have considerably lower levels of recovery capital than those from more affluent neighborhoods or privileged backgrounds. Further, it should also be no surprise that the recovery capital assets they may have are more likely to be compromised through exposure to a criminal justice system that systematically incarcerates African Americans for drug offenses at a rate that far exceeds that of white drug offenders.

These structural inequalities and uneven access to recovery capital assets within African American communities across the country suggest that although the pharmacological action of various types of drugs are similar for similar body profiles, the ability to overcome difficult drug problems is quite unequal across race and class. Hence, the old adage that “addiction does not discriminate” appears to be a myth.

Given the current awareness about inequality that has emerged from this historic pandemic, perhaps there is no better time than Black History Month of 2021 for policymakers responsible for SUD resource allocation to take note of this tragic disparity and begin to be more imaginative about how these resources can be better targeted. Providing funds to establish treatment programs within African American and other poor communities that are not dependent on the unrealistic expectation that those who receive help have private or public health insurance (that also includes parity for SUD treatment) might be a good place to start.

Conflict of Interest Statement
I have no conflicts of interest to disclose of personal, financial, or other benefits that could be seen as influencing the content of this editorial.

Posted at 10:13 AM in Op-Ed/Editorials, Special Series | Permalink

"Addiction does not discriminate" is something said by white suburban people when they found addiction among "good" families. It is a stigmatizing posture. Perhaps it means that addiction doesn't discriminate, but WE do.
Rivkah Lapidus, Ph.D.

The first sentence was helpful to me since I took steps to learn about Carter G. Woodson, who dreamed to have Black history celebrated all year long. I struggled to agree with the article and the posted coment . Big pharma is to blame for the heroin epidemic in recent years. Doctors became dealers. In addition, Black families in the 1920’s overwhelming consisted of 2 parents. The single parent rate has skyrocketed since then. The focus should be on ensuring children’s social capital to prevent the need for recovery capital.