« The WAGER, Vol. 26(2) - Do teenage behaviors predict young adult gambling participation and problems? | Main | The DRAM, Vol. 17(3) - Would you like a bottled, draft, or inhalable beer? Examining emerging trends and risks of inhalable alcohol products »

Editor’s Note: The following op-ed was prepared by Dr. Allecia Reid, PhD, Assistant Professor of Psychological and Brain Sciences at the University of Massachusetts, Amherst. This op-ed is part of our Black History Month Special Series. 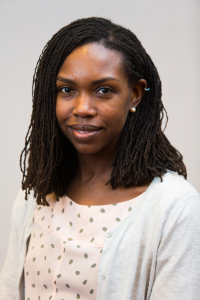 According to the World Health Organization, alcohol misuse is a leading risk factor for premature death among young adults, making this group a prime target for interventions. Many researchers consider peer influence to be a major contributor to heavy drinking among college students and other young adults. Quite remarkably, even in the midst of a pandemic, colleges and universities can’t seem to stop students from gathering to socialize and drink together. Given the important role of peers, interventions have addressed peer influence by providing students with accurate information about the quantity and frequency of alcohol consumption of the “typical student” on their campus. As most students inaccurately believe that heavy drinking is the norm among their peers, correcting this misperception is efficacious in bringing about behavior change.

Normative feedback is pervasive throughout the alcohol intervention literature. A meta-analysis of the alcohol intervention literature broadly, as well as my own systematic review of interventions for college students, support that providing information on local norms is almost singularly used to address social influence. But, is this enough? To be clear, I am not a normative feedback skeptic—I agree that it is a powerful tool for motivating behavior change. However, I think it is worth considering whether there are aspects of peer influence that we simply can’t address by correcting norm misperceptions.

My thoughts on and concerns about the limitations of norm-based interventions stem from three recent papers from my lab. In one paper, we used a national dataset containing 248 colleges and universities and almost 190,000 students who had been abstainers or moderate drinkers prior to starting college. Our analyses indicated that attending a campus with more heavy drinking peers, as reported by the peers themselves, was consistently among the strongest predictors of heavy drinking in the first semester of college. For me, this paper suggests that a) peer influence extends beyond misperceptions, and b) our interventions may not be preparing students for situations in which they encounter and must navigate heavy drinking peers.

In a second paper, we collected dyadic data from students and a close friend. Using Tessa West and David Kenny’s truth and bias model, we saw that judgments of a friend’s level of alcohol use primarily reflected accuracy—that is, judgments very closely matched the friend’s self-reported level of drinking. There was also little evidence of assumed similarity, in which individuals project their own level of alcohol use onto judgments of peers. Given that views of close friends’ alcohol use are already fairly accurate and that normative feedback centers on correcting misperceptions, it seems unlikely that normatively feedback can reduce the effect of being embedded in a heavy drinking social network.

Finally, in an experimental lab-based study, we examined the processes that contribute to higher levels of personal consumption when interacting face-to-face with a heavy drinking peer. Participants completed the study with a confederate who displayed high or low alcohol use during a brief interaction. Consistent with previous work, participants consumed more of the provided alcoholic beverage when interacting with the heavy, relative to the light, drinking peer. However, we also recorded and coded the interactions for instances of mimicry, defined as the participant taking a sip of their drink within 15 seconds of a sip taken by the confederate. Indeed, higher levels of mimicry explained 95% of the effect of exposure to a heavy drinking peer on increased consumption. As normative feedback was not designed to address mimicry, this work suggests that interventions may benefit from including techniques that have been shown in the alcohol and broad behavior change literatures to disrupt automatic, nonconscious processes. For example, inhibitory control training forms a mental association of alcohol with restraint and is efficacious in reducing not only automatic tendencies to approach alcohol, but also consumption, in the lab.

Young adults pose a unique challenge for interventionists. Their behavior, though risky, is in some ways developmentally normative and often doesn’t meet the threshold at which avoiding people who are problematic--the standard approach in cognitive behavioral therapy—is likely to be an acceptable behavior change strategy. Normative feedback is critical to continue to include in alcohol interventions. However, it only addresses one aspect of social influence. Our interventions must therefore also consider the very real social circumstances young adults are navigating, in which peers implicitly or explicitly encourage heavy drinking. Identifying interventions that successfully reduce mimicry and encourage use of protective behavioral strategies in risky social situations may be key to promoting long-term adoption of moderate alcohol use among college students and other young adults.

COI Statement: The author has no conflicts of interest to disclose.

Posted at 11:01 AM in Op-Ed/Editorials, Special Series | Permalink