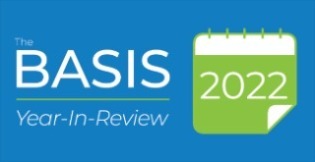 At the Division on Addiction, a central part of our mission is to bring addiction science to a broad community of readers. For nearly thirty years, we’ve used The BASIS to further this mission. We’re proud of all that we achieved with The BASIS over this past year. Tens of thousands of people visited our site to learn about addiction science, and just over half were from the U.S. Other visitors were from the U.K., Canada, Australia, and many other countries.

Just as we’re always trying to diversify our audience, we also try to diversify the group of scholars whose work we elevate. We recently set ourselves a new goal: that at least half of the studies we review on The BASIS would be written by a member of a group traditionally underrepresented in science.1 The (U.S.) National Institutes of Health specifies three underrepresented groups: (1) individuals from minoritized racial/ethnic groups, (2) individuals with physical or mental disabilities, and (3) individuals from disadvantaged backgrounds. We added a fourth category, (4) individuals who identify as LGBTQ+. During 2022, at least 56% of our summaries featured research authored by individuals from at least one of these four categories. We look forward to continuing and advancing this approach during 2023.

We like to use these end-of-year reflections to spotlight our most-read posts.

The BASIS also provides space for experts of diverse backgrounds, including treatment providers, policy makers, and people with lived experience, to share their views. Last week, we published an op-ed from Dr. Martina Whelshula, a member of the Arrow Lakes Nation of the Colville Confederated Tribes in Washington State with expertise in counseling psychology and Tribal Traditional Knowledge. Dr. Whelshula discussed efforts to build Tribal communities' collective knowledge about mental health and addiction challenges, as part of a broader endeavor to help these communities heal from intergenerational colonial trauma. We also published an op-ed from Dr. Abigail Helm of the University of Massachusetts Chan Medical School. Dr. Helm described the need for comprehensive treatment that addresses the diverse needs of people experiencing co-occurring substance use and mental health disorders. She provided an overview of a new NIH-funded evaluation of the MISSION model, which integrates assertive outreach, group therapy for mental health and substance use, and peer support with linkages to community recovery services and activities.

We look forward to all that 2023 holds for The BASIS! Be on the lookout for a major redesign of our site and a new continuing education opportunity, alongside our continued efforts to share addiction science widely.

Posted at 08:58 AM in Op-Ed/Editorials | Permalink